President Muhammadu Buhari has felicitated with the Obi of Onitsha, Agbogidi, His Majesty, Nnaemeka Achebe, on the occasion of his 20th Coronation Anniversary. Buhari rejoiced with the royal father, his family, and his domain.

This was contained in a statement issued on Friday by Buhari’s Spokesman, Femi Adesina.

According to the statement, the “Obi’s ascendance to the throne saw a deeper understanding of identities, acceptance of traditional values, and mainstreaming of prayers for the wellbeing of the community, indigenes, and nation.”

The statement further reads, “President Buhari extols the monarch for his dedication to the promotion of cultural values that recognize the dynamics of a changing world, largely driven by new technology, and his encouragement of citizens to explore opportunities in education, skill acquisition, entrepreneurship, and networking across states and the globe.

“On the auspicious occasion of the annual Ofala festival, which is preceded by supplications and prayers, the President believes the faith, work, and diligence of all participants in the ceremony will bring benefits to the nation, affirming that the gathering already has a strong national appeal.

“The President prays that Almighty God will grant grace for a successful outing at the coronation anniversary and Ofala festival.”

Meanwhile, Kanyi Daily reported that Obi of Onitsha, Nnaemeka Achebe denied asking Igbos living in the north to relocate to the southeast. 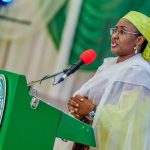 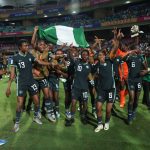