Femi Adesina, the Special Adviser to President Muhammadu Buhari on Media and Publicity, has reacted to the massive emigration of Nigerians to other countries. 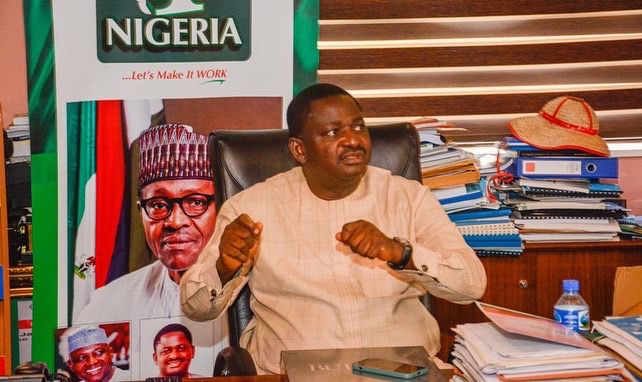 Speaking on Channels Television’s Sunday Politics, the presidential aide said the average Nigerian has always wanted to leave the country because they believed that the grass is greener on the other side.

Adesina, who maintained that the situation does not apply to Nigeria alone, asked those planning to migrate legally to other countries to do so by all means, stressing that people should not equate it to something being wrong because it is nothing compared to the population of Nigeria.

He said, “Not just now, the average Nigerian had always wanted to leave and it’s not just in Nigeria, it is in most countries of the world, particularly in the third world. They want to leave; they always believe that the grass is greener on the other side.

“The truth is that if you have an opportunity to better your life in any part of the world, there’s nothing wrong with it. If you think migrating legally is good for you, all well and good. By all means, go, you cannot say that because people are leaving then it’s a sign that something is fundamentally wrong.

“You said 70,000 people left; what average is that out of 200 million Nigerians? There are Nigerians who will never leave this country, no matter how things are. For every person that leaves, there are 100 people that want to stay.”

“I believe so, one thing we need to understand and appreciate is that there’s no single president that will solve all the problems of a country.

“It has never happened before; it will never happen anywhere in the world that a president or an administration will come and solve all the problems.

He also insisted that Buhari will leave a safer country than he met it when he came to power in 2015 as there is much to do before the administration leaves in May 2023.

He said, “He will leave a safer country no doubt about it. When he came in 2015, you couldn’t be sure that Nigeria will exist in the next one month; as at 2015, what was happening was that nobody could confidently say that Nigeria will still be on the map of the world.

“Then it became hydra-headed, banditry, kidnapping for ransom, cultism, separatist agitation joined. How many challenges can one administration confront; that’s the issue with the Buhari administration.

“But we also see some calm in the country now, you can’t compare what we have today to what we had six months ago, one year ago and in another six months, six months is enough time to finish what’s on ground.

KanyiDaily recalls that Femi Adesina had claimed that President Muhammadu Buhari can end Nigeria’s insecurity within the remaining 17 months of his tenure.

INEC: How Police Arrested Two Persons In Possession Of 468 PVCs