President Muhammadu Buhari said that the Federal Government was doing its best to correct and reverse past mismanagement of the country.

“With some luck, our best will be good enough,” the President told a delegation of non-career ambassadors, who were at State House, Abuja, to congratulate him yesterday.

In a statement by the Special Adviser on Media and Publicity, Femi Adesina, the President said that, under his watch, “Nigeria is trying to live within her means. So, we can improve our lot.”

According to him, the government was determined to shore up the country’s profile, both locally and internationally. President Buhari said it would be inexcusable for the government not to take care of its Ambassadors in their various stations, hence the special attention being paid to the country’s foreign missions.

Speaking on behalf of the delegation, Ambassador Ashimiyu Olaniyi, said President Buhari’s election in 2015, and his recent re-election, are divine interventions in the affairs of the country.

“You are God-sent. You have always come on stage at the critical moments of our national history to right the wrongs of the past,” the envoy said.

He added that the President would be remembered “as an astute political leader who does not interfere in the political affairs of states, “noting that the singular quality has given credibility to all elections conducted since 2015.”

The delegation submitted that apart from records of achievements in the three focal areas of securing the country, reviving the economy and fighting corruption, “your integrity is responsible for your victory, which we are privileged to celebrate with you today.”

The ambassadors appreciated the intervention funds that were released to various missions abroad, and pledged continued loyalty and support to the Buhari administration. 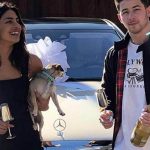 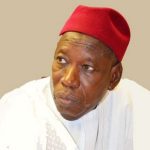