President Muhammadu Buhari has told Nigerians that his second term in office will be peaceful, prosperous and corruption free.

Recall that last week, while receiving members of the Federal Executive Council (FEC), Buhari had stated that the next four years will be tough.

However, while speaking yesterday at the Presidential Villa, Abuja, Buhari recanted that earlier statement and assured Nigerians that his next four years will be peaceful, prosperous and corruption free.

According to him, his administration would remain focused on his campaign promises to fight corruption, grow the economy and fight insecurity. He said:

“By the grace of God, majority of Nigerians have given me another four years of continuity. We will remain focused on our promises, which remain security, economy and fighting corruption.

“I want to assure you that the next four years will be peaceful, prosperous and corruption free. I, therefore, look forward to receiving your proposals so that together, we can achieve these goals.

“We cannot succeed without your cooperation. I appreciate the pressure you are under from your respective constituencies, most especially if you have to submit yourself for elections.

“You have to prove to your members that you are with them rather than with the government and we understand.

“Let me start by thanking you for the support and patriotism that you have shown during the presidential elections.

“You and many Nigerians stepped in to help many Nigerians exercise their rights to vote. You intervened as patriots not for political, religious and tribal reasons. You stood in during a very difficult period for all of us.” 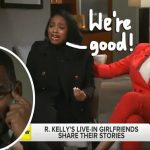 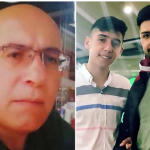