The Benin Zonal Command of the Economic and Financial Crimes Commission (EFCC) has arrested a 19-year-old ‘Yahoo Boy“, Iredia Endurance for alleged fraud. 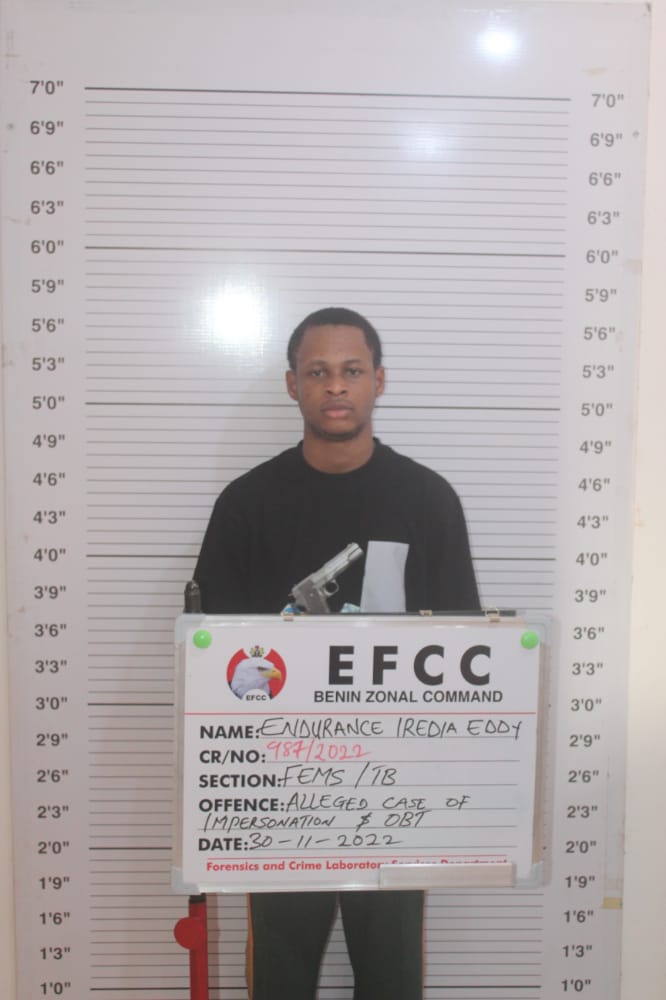 Endurance was recently arrested by the EFCC following a petition by one Christine Brown, a British citizen, alleging that the suspect defrauded her of £450,000.00.

Upon arrest, the suspect confessed he received £250,000.00 from the complainant in Bitcoin, FedEx, and gift cards.

On what he did with the money, the suspect averred that they were expanded on cars, gold chains, and landed properties, among others.

A statement issued by the anti-graft agency said some of the items recovered from the suspect include mobile phones, laptops, sim cards, and landed property.

According to the statement, the suspect will be charged in court as soon as investigations are concluded.

In other news, Kanyi Daily reported how the Delta State Police command killed two most dreaded armed robbers terrorising some parts of the state.

READ:  Nigerian Man Who Returned From Abroad, Killed And Robbed By Security Guard He Hired 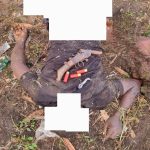 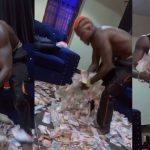