Nigerian singer, Bella Shmurda has fallen off stage by an overzealous fan dragged him down during his performance at a concert hosted by his colleague, Seyi Vibez. 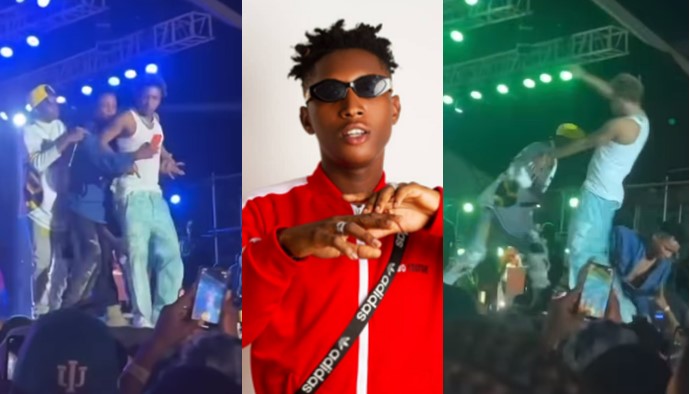 In a viral video, the singer could be seen performing his hit song “Vision 2020” when a male fan dodged the bouncers and made his way onto the stage in an apparent attempt to take pictures.

Shmurda initially fended him off and continued his performance until the fan escaped the bouncers’ grip and collided with the singer, and they both fell off the stage.

The singer was helped back to the stage by the audience and he asked the Disc Jockey (DJ) to pause the song so that he could issue a warning to the unknown fan.

Returning to the stage, Shmurda was heard telling the fan, “I no like that kind play”, while expressing displeasure over the manner in which someone had touched him when he fell.

KanyiDaily had also reported how another singer, Ruger was subjected to sexual assault by a wild female fan while performing on stage in Lagos. 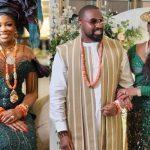 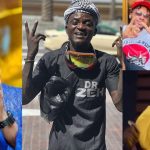