The Federal Government has ordered the opening of the Second Niger Bridge for use starting from midnight on Thursday. 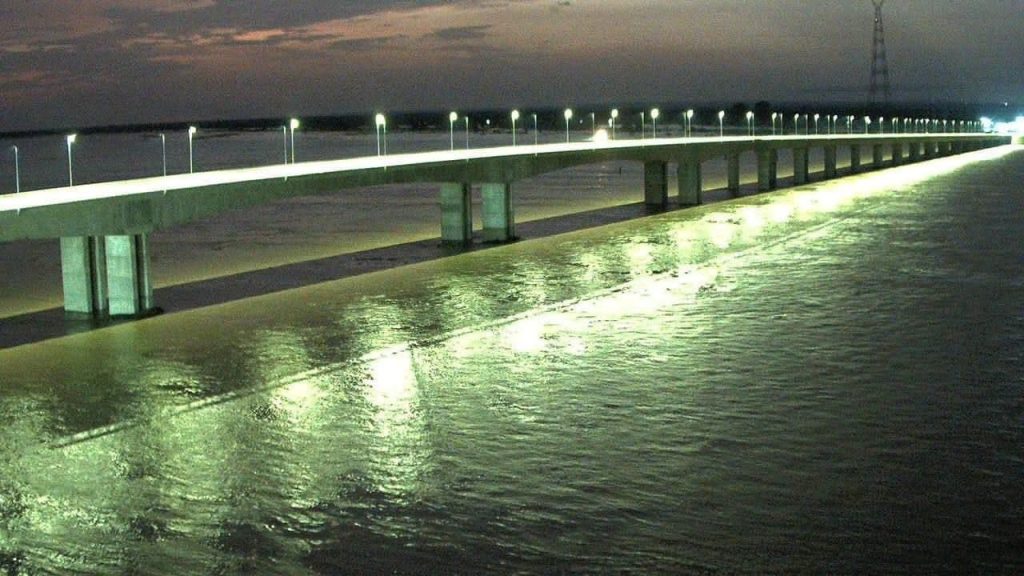 KanyiDaily recalls that the FG had announced last week that the project would be opened on December 15, 2022, to ease traffic in the South-East during the festive season.

Speaking on Wednesday at the inauguration, the Minister of Works, Babatunde Fashola said the bridge will officially be opened on Thursday at midnight for one-month use during the Yuletide.

Fashola, who noted that the bridge would be closed to traffic on January 15, 2023, urged motorists plying the bridge to drive safely and responsibly in order not to defeat the purpose of constructing the project.

He said President Muhammadu Buhari’s purpose of completing the bridge was to save lives and alleviate poverty caused by wasted hours resulting from gridlock on the old First Niger Bridge.

The minister noted that the opening of the Second Niger Bridge would alleviate the sufferings of the motoring public who always experienced gridlock during the Yuletide.

READ:  Watch The Moment A Beggar Gave Money To Stranger Who Begged Him [Video]

He said, “A lot of people have talked about a solution but the President Muhammadu Buhari-led administration decided to build the bridge whatever it took. So, wherever the funds came from, investment income, from our oil assets, repatriation of some funds that were stolen out of Nigeria came in from the US.

“The result is now what we see. When people are talking about poverty, the biggest part of it is not the monetary poverty, is the multidimensional poverty.

“When you spend two to three days trying to cross a bridge, that’s poverty, because it should take just a few minutes so that you can go and do more productive things.

“The President approved that since the bridge is finished that we should create an access road so that during Christmas you can begin to experience what it would feel like plying the bridge.

“Let me be clear again; we haven’t finished construction work on the bridge but we would open it for people to use to relive the pressure from the one bridge. On the January 15, 2023, we would reverse that movement for those coming from the east to the west.”

KanyiDaily recalls that in October, Babatunde Fashola said the 2nd Niger Bridge has been completed, but the link roads to the bridge were still under construction.