Nigerian singer, Sina Rambo, has denied the domestic violence allegations leveled against him by his estranged wife, Heidi Korth Adeleke, who announced their marriage crash. 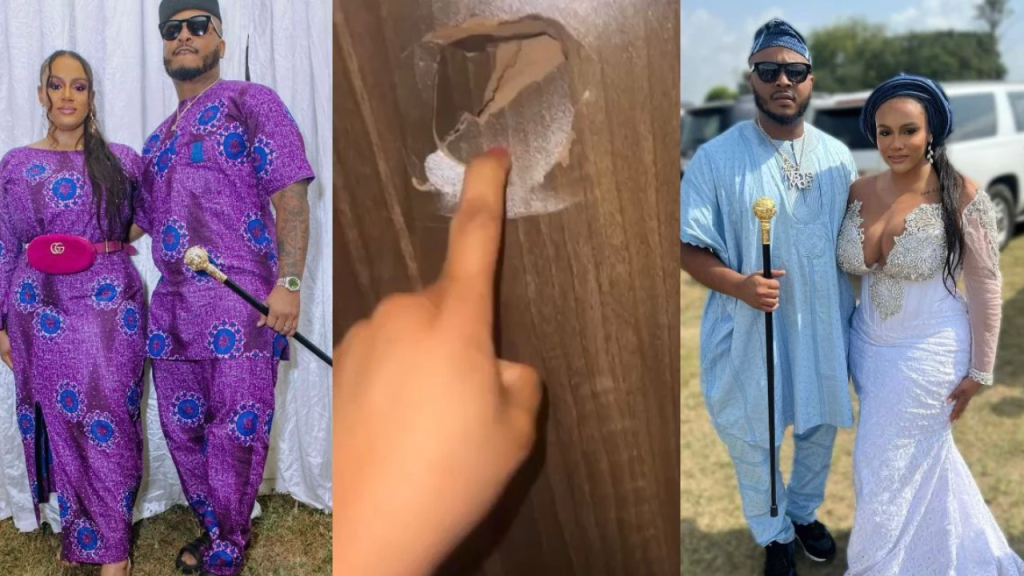 KanyiDaily recalls that while announcing the end of their marriage on Monday, December 12, the mother of one had accused her husband and his sister of domestic violence, as she shared videos, chats, and pictures to back up her claims.

Reacting in a statement by his lawyer, Barrister Akinwumi, Rambo described Korth’s allegation as “baseless and lies that have no iota of truth in them.”

Rambo, who is the son of Osun State governor, Ademola Adeleke, said the allegations was a ‘calculated attempt to blackmail him and by extension his good family name.’

The statement reads, “We are Solicitors to ADELEKE ADESINA popularly known as ‘Sina Rambo’ (‘Our Client’). We have been briefed and we have the instructions of Our Client to release this on his behalf.

READ:  16-Year-Old Girl Killed In Her Bedroom After Mother Lets Two Strangers Into Their Home

“On the 12th day of December, 2022, at about 11 am, some false allegations started making rounds on the internet (particularly on Instagram and Twitter), claiming that Our Client engaged in domestic violence against his wife.

“Our client refutes these allegations in its entirety as baseless and lies that have no iota of troth in them. Our Client is an upstanding and respectable member of the society who holds family values dear to his bean.

“Our client further states that he has never and will never engage in any forms of domestic violence and that any disagreement between him and Ms Heidi Korth Adeleke is a private matter.

“Relationships and unions experience good and bad times and this too will pass and be resolved.

“Not only is our client a supportive, loving and caring husband and father, he has always lived up to the good name of his family and would not do anything to bring his family name to disrepute as is now being falsely claimed by Ms Heidi Korth Adeleke.

“Our Client is a successful recording artist who has and is still making waves not only in the country but also internationally as an artiste of repute. He is also a prudent businessman.

“All the allegations are mere conjectures and calculated attempts to blackmail our client and by extension, his good family name.” 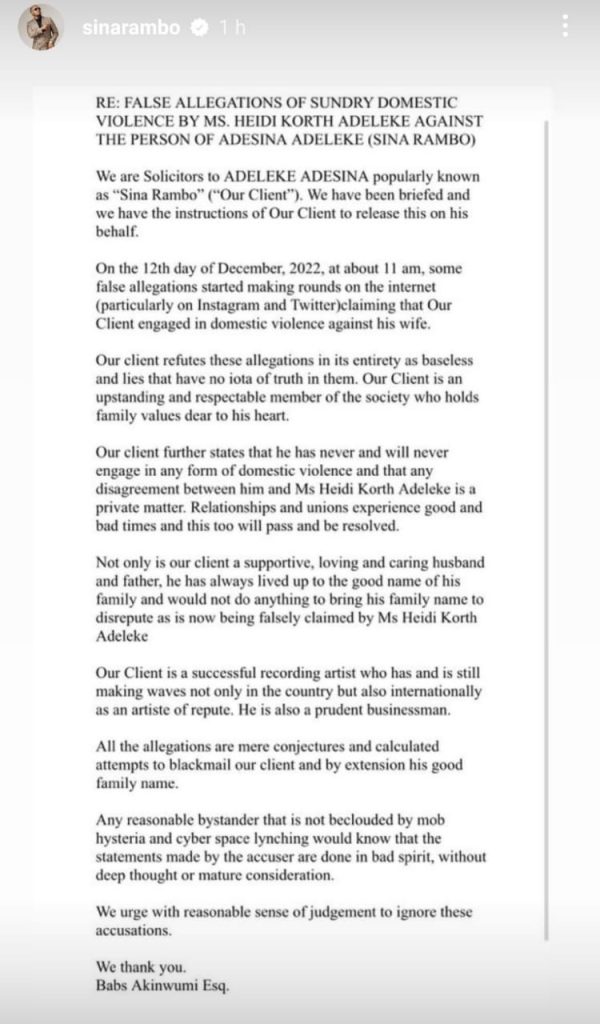 DJ Cuppy: I Got Engaged To My Husband Four Days After We Met – Actress Chita Agwu