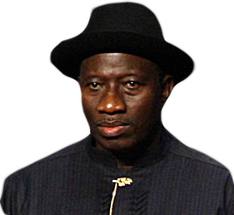 Got this message on my Blackberry and I thought u might want to read also.

Fellow country men and women, we need prayers for Nigeria. The greatness or otherwise of a nation depends largely on leadership. Nigeria has been under siege of terrorism for the past 3 years starting with the Jos massacre, followed by series of bombings including the attempted bombing of the police headquarters. There can be no better statement of intention from a terrorist group as expressed in the attempt to bomb the police headquarters where all our senior security operatives are seated.
Our leadership seem not to have the political will to confront this monster of terrorism that has consumed innocent lives. It is the masses that will always suffer. It is estimated that over 200 people died in the recent Abuja bombing contrary to what the government and the press are telling us. We can only continue to guess and imagine where the next target will be while we continue to live in fear.
On different terrorist attacks hear what leaders with political will had to say:
On 911: “This is an act of war against the United States. We’ll hunt down the terrorists. They can run but they can’t’ hide…” – George Bush
London Bombing: “We’ll track down the terrorists and bring them to justice” – Tony Blair
UN House Bombing: “Terrorism is a global phenomenon. May be it’s Nigeria’s turn.” – Goodluck Jonathan
We need to send a clear message to the leadership in Nigeria that their passive reaction is unacceptable. Please forward this to as many contacts on your bb and post on your facebook. It will eventually get to Goodluck Jonathan and his team.
We are only urging him to be more decisive. Nigerians have never lived in fear in our existence. Obafemi Awolowo was arrested for treasonable felony and jailed. Nothing happened afterwards. We are urging Jonathan to arrest any big man remotely connected to Boko Haram or any terrorist group in Nigeria.
The next victim of these terrorist attacks could be someone close to you. Pls continue to broadcast and post until it gets 2 GEJ