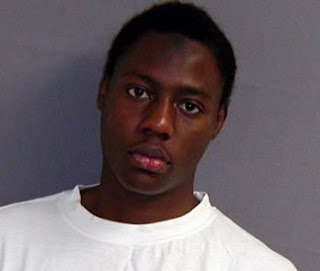 A newly-released Wikileaks cable has identified a training camp lead by religious extremists in Kano state, where Farouk Abdulmutallab, known as the “underwear bomber,” who unsuccessfully plotted to take down Northwest Airlines from Amsterdam to Detroit, may have received training.
The names of the alleged camp directors – Yakubu I. Kano, Ibrahim Maigari Ahmadu, and Gambo Othman (aka Dawoud) — were included in a text message sent to U.S. embassy staff by cell phone by Mahmood Halilu Chiroma, a reputed brother-in-law of Gen. Buhari.
Halilu Chiroma’s text message was sent two days after the attempted aircraft bombing in Detroit, Michigan, on Christmas Day two years ago.
The text message revealed how extremism was being nurtured by the group in Kaduna, and said the trio hid their operations under the guise of a women’s charity group called “Al ihsan summer Madarasa,” which targeted children of the elite who studied outside Kaduna.
When such students returned to their privileged GRA homes in Kaduna on holidays, “they organize them and hypnotize the brilliant ones by teaching them Islamic extremism,” the writer of the cable said.
The message identified facilities being used by Al Ihsan summer Madarasa in Kaduna as being a mosque on Yahya Road as well as a “little scholars school near Gen. Hassan’s residence.

The fundamentalist group even targeted the daughter of General Buhari for indoctrination into their views. The cable writer noted: “They attempted Gen. Buharis daughter but we kept it secret and we organized and tackle then, but they are after her to date,” the message said.
The text writer also referred to a web chat room called Nigerian Muslim Network in which Abdulmuttalab was revealed to have burning desire for General Buhari’s daughter.
With reference to Abdulmuttalab’s background, the writer said he was “groomed” by Yakubu Kano, Maigari and Sheik Gumi.
It was further noted in the cell phone message Abdulmuttalab’s extremist tendencies started early, observing that “he left a mark” in his British School in Lome (BSL), in Togo. For further information about that, he the writer gave the name of Mr. Ian Sayer, the school principal whom he said was in the United Kingdom. It is unclear if Mr. Sayer had retired at that point, or was merely on vacation in the UK.
The principal target of the fundamentalists was Dr Mahmood Tukur. According to the text, they managed to turn his daughter against him and she later married Ibrahim Maigari Ahmadu.