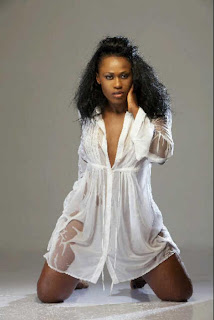 If you call her an Avenging Angel on a deadly mission, you won’t be wrong.
Highly rated Nollywood actress, Uche Jombo is so angry with a reporter who
accused her of aborting a six-month unborn baby that she wants to harm him.
Jombo who sees herself as ‘emotional’ says the libelous story had brought her so
much anguish and tears that she cannot help but seek her own pound of flesh.

“You know how emotional I am. I have cried for smaller things but this one, I
still curse the person, till tomorrow. It will only take God for me to see the
person and not harm him”In fact, the Glo ambassador who recently premiered her latest movie, Damage, is
visibly galled, exasperated and ready to bare her fang.

For Jombo, the
only panacea that would assuage her current disposition is justice from a court
of competent jurisdiction.

The negative impact of the “front page news”,
which embittered Jombo described as “false and malicious” still haunts her,
hence her reason for threatening fire and brimstone.

“For me, that was
my biggest scandal ever. It was really damaging and I won’t stop fighting till I
get justice”, insists the star who breezed into Tinsel town in 1999, on the
set of Visa to Hell.