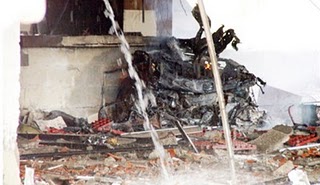 As investigations proceed on penultimate Friday’s bombing of the United Nations
building in Abuja, the world body has asked the Federal Government to release
the Closed Circuit Television footage of the premises before and during the
bombing, the Empowered Newswire reported.

Although the UN and United
States officials are largely involved in the probe, official UN sources said on
Friday that it was the responsibility of the Nigerian security agencies to
provide the details to the UN.

This was against the backdrop of
complaints by the UN Nigerian Coordinator, Daouda Toure, that the UN officials
were merely reading details of the investigations in the newspapers.

Speaking to a Canadian newspaper during the week, the UN Under
Secretary-General, Gregory Starr, who was in Nigeria in company with the Deputy
Secretary-General, Asa-Rose Migiro, requested that the Nigerian authorities
should release the video images to the UN.

“We did have CCTV cameras
up,” Starr reportedly said, further raising questions on the extent of
cooperation between the UN officials and Nigerian security agencies probing the
bomb attack.

It was not clear whether the request had been granted, but
UN Deputy spokesperson, Eduardo del Buey, told Empowered Newswire on Thursday
afternoon that the UN was awaiting developments on the investigations into the
bombing from the Nigerian government and would make formal statements later.