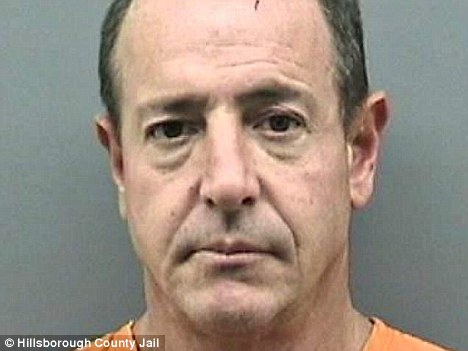 Actress Lindsay Lohan’s father Michael was arrested on
a charge of domestic violence early this morning.
It is claimed that he had allegedly
battered his live-in girlfriend, who police did not identify, but said she
previously dated Jon and Kate Plus 8 star Jon Gosselin.

According to a police report obtained by TMZ,
Lohan ‘flipped out’ at his girlfriend after she refused to perform oral sex on
him.

The police report also states that the
‘defendant again pushed her multiple times and squeezed her arms. She suffered
minor bruising and complained of shoulder pains.’

It will be recalled that his daughter Lindsay is currently doing community service at a morgue..(mortuary) and this not the first time he would be arrested for such cases…going through his daughters travails and his, does it mean such behaviours runs in their blood, when both dad and daughter are not even in good terms.