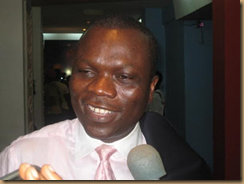 The managing director and chief executive officer of Stingomania, Mr Ope Banwo has sued Virgin Atlantic Airlines to the sum of one billion naira (N1, 000, 000, 000) over the infringement of the company’s rights over one of their movies, Ghetto Dreams. Ghetto Dreams is a movie released under the platform of Stingomania, a movie which was produced to celebrate the life and times of Dagrin (Olaitan Olaonipekun).

The Stingomania boss alleged that the full length of the movie was played on over 71 international routes of the airline, the video content and soundtracks were also played in their office, they uploaded a trailer and exhibited a poster of the movie on two of their websites including www.virgin-atlantic.com/ng; http://virginatlantic.mymovies.net/; [email protected] and the contents of the movie and particulars were also published in their inflight magazines circulated across all routes, travel agencies and inflight.

Justice Adah of the Federal High Court sitting at the Ikeja Judicial Division, Alausa, Lagos, only this morning granted an exparte order restraining the Virgin Atlantic Airways Ltd whether by themselves, agents, privies, management, directors, pilots, flight crew etc from infringing or continuing to infringe the copyright in any audio, performance, soundtrack, cinematograph rights and audio-visual musical recordings of the plaintiff, Ope Banwo, as well as his literary rights particularly as contained in his work being the movie titled ”Ghetto Dreamz” as particularly described in the schedule to the application on the Defendants international air fleet as presently aired in – flight, as published in Seat-Back Magazine and websites pending the determination of the Motion on Notice for interlocutory injunction.

Mr Banwo sued for N1, 000, 000, 000 (One billion) as compensation; N5, 000, 000 (Five Million Naira Only) as the cost of prosecution while he also requested for the court to mandate the Defendants to publish apologies in three national newspapers, on the Defendants’ websites and in their inflight magazine. The court has granted the exparte order while the matter is adjourned to the 12th of March, 2012.
The movie starred the likes of Doris Simeon, Jaywon, Pa Kasumu, Trbsyon Dudukoko and a host of others. It was released in April 2011 which coincided with the month of Dagrin’s death which was April 22.

QUESTION OF THE DAY: Pls Is Keffe Really 21 Years Old?