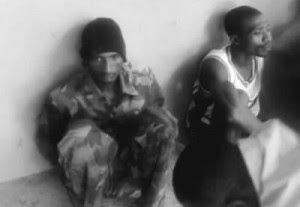 The 23 Armoured Brigade, Yola, Adamawa state yesterday arrested a syndicate including a woman and a pastor who specialise in gun running and sale of military gear to men of the underworld.
This is just as a police corporal, Reuben Joel who is attached to the anti-terrorism unit of the Nigeria Police Force in Aba, Abia State has also been nabbed for trafficking in military and police uniforms in terrorist cells.

Nancy James and her accomplice, Haliru Jumba, said to be a pastor with Kunini Deeper Life Bible Church in Lau Local Government Area of Taraba State were caught with some cache of arms hidden inside a sack of garri at a military checkpoint in Numan Local Government Area of Adamawa State.
Military authorities said the group were heading for Gombe State where one Danjuma Luka, who is now also in police net in Taraba State was said to have waited to take delivery of the guns.

The capture of Luka by the military followed the arrest of Ms James, who the military said was making her second delivery of arms, after a previously successful operation in February.
The brigade spokesman, Lieutenant Victor Olukoya said the woman was caught with four double-barreled guns and two pistols and would have got away but for the vigilance of the soldier who suspected and accosted her.

“The weapons were hidden in that bag of garri. After searching the sack, the guns were discovered, and the men arrested,” Olukoya said.
The army spokesman explained that the pastor arrested in company of the woman “is still only an accomplice” and that the police will be left to ascertain the extent of his involvement in the gun running business.

Also paraded by the army was a police corporal, Reuben Joel attached to the anti-terrorism unit of the Nigeria Police Force in Aba, Abia State.
He was accused of selling military and police uniforms to terrorist groups.
Olukoya said it was amazing that a serving corporal, attached to the anti-terrorist unit of the police command in Abia State would be involved in the illegal sale of military uniform in far away Adamawa State.

The arrest followed the arrest of two persons by the military at a checkpoint in Mubi, who were caught with 10 uniforms and 10 pairs of military boots.
Upon interrogation, the men confessed to taking supply of the military uniforms from Joel and that they were taking the consignment to Hong in Adamawa State.