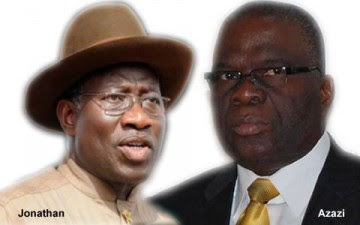 “The NSA has been dropped … The Minister of Defence has also been dropped,” Jonathan spokesman Reuben Abati told AFP. He also approved the appointment of retired Col. Sambo Dasuki to replace  General Andrew Owoye Azazi

Continue to read the profile of Mohammed Sambo Dasuk…….

Retired Col. Sambo
Dasukithe was one time  Managing Director of the Nigeria Security and
Minting Corporation during the era of  late General  Sani Abacha.

Mohammed Sambo Dasuki is a former Managing Director of Security Printing & Minting Company Limited, he attended both American Universities, Washington DC and George Washington University where he obtained a BA in International Relations and MA in Security Policy Studies respectively.

He had his military training in several institutions in Nigeria and abroad including: Nigerian Army School of Artillery, Oklahoma, U.S Army Command and General Staff College, Ft. Leavenworth Kensas.

It was not yet clear who was in line to become Defence Minister. 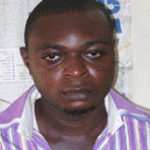