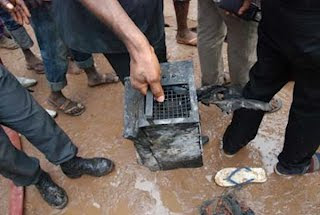 A CLUE to the unraveling of the cause of the
crash of the Dana plane in Lagos that led to the death of 153 persons is
underway with the finding of the aircraft’s black boxes yesterday.
The two equipment, Flight Data Recorder (FDR)
and Cockpit Voice Recorder (CVR) were found by a team from the Accident
Investigation Bureau (AIB) yesterday from the wreckage of the MD 83
aircraft.
They were handed to AIB’s Director of
Engineering, Emmanuel Diala, at the site of the crash.
Besides, the Agence France Presse (AFP)
yesterday quoted a civil aviation chief as saying that the engines of the
aircraft failed before it went down.
“They declared mayday,” Nigerian Civil Aviation
chief, Harold Demuren, told AFP. “The reason was that the two engines
failed.”
The clues emerged as rescuers recovered burnt
human remains after the plane slammed into the neighbourhood on the northern
outskirts of one of Africa’s largest cities, making it one of the country’s
worst air disasters.
There were concerns that the inability to find the two black boxes could
make investigation very cumbersome but not impossible. Stakeholders based
their concern on the tumultuous crowd that swarmed around the wreckage on Sunday
as security operatives had a difficult time in dispersing them.
Like in the case of Bellview crash in Lisa,
Ogun State, the CVR and FDR were never found, thereby making probe into the
crash difficult as some persons had contaminated the scene.
Flight Data Recorder (FDR) (also ADR, for
Accident Data Recorder) is an electronic device employed to record any instructions sent to any electronic systems on an
aircraft.
It is a device used to record specific aircraft
performance parameters. Another kind of flight recorder is the Cockpit Voice
Recorder (CVR), which records conversation in the cockpit, radio communications
between the cockpit crew and others (including conversation with air traffic
control personnel), as well as ambient sounds. Both functions have been combined
into a single unit. The current applicable FAA TSO is C124b titled Flight Data
Recorder Systems.
Popularly referred to as a “black box,” the
data recorded by the FDR is used for accident investigation, as well as for
analysing air safety issues, material degradation and engine performance.
Due to their importance in investigating
accidents, these ICAO-regulated devices are carefully engineered and stoutly
constructed to withstand the force of a high-speed impact and the heat of an intense fire.
Contrary to the “black box” reference, the
exterior of the FDR is coated with heat-resistant bright orange paint for high
visibility in wreckage, and the unit is usually mounted in the aircraft’s
empennage (tail section), where it is more likely to survive a severe crash. Following an accident, the
recovery of the FDR is usually a high priority for the investigative body, as
analysis of the recorded parameters can often detect and identify causes or
contributing factors.
A Cockpit Voice Recorder (CVR), often referred
to as a “black box,” is a flight
recorder used to record the audio environment in the flight deck of an aircraft
for the purpose of investigation of accidents and incidents.
This is typically achieved by recording the
signals of the microphones and earphones of the pilots’ headsets and of an area
microphone in the roof of the
cockpit. The current applicable FAA TSO is C123b titled Cockpit Voice Recorder
Equipment.
Where an aircraft is required to carry a CVR
and utilises digital communications, the CVR is required to record such
communications with air traffic control unless this is recorded elsewhere.
As of 2005, it is America’s Federal Aviation
Administration (FAA) requirement
that the recording duration is a minimum of 30 minutes, but the NTSB has long
recommended that it should be at least two hours 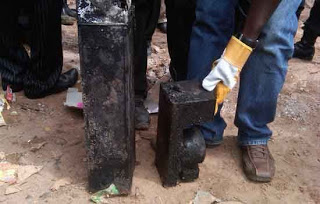 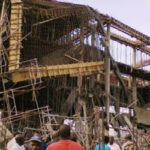