A 41 year-old tailor has been nabbed by the National Drug Law
Enforcement Agency (NDLEA) for smuggling cocaine with a street value of
N29 million. The suspect, Olowe Adebesin, was arrested at the Murtala Mohammed International Airport (MMIA), Lagos, on his way from Brazil. Officials discovered the cocaine, weighing 2.7kg, hidden in
Adebesin’s luggage during the inward screening of passengers on a
Turkish Airline flight.

In his statement, Adebesin admitted to committing the crime, writing
that life had been “unfriendly” to him as he could hardly provide for
his family.

He said he had planned to start importing clothes with his share of the proceeds from the drug smuggling.

“I agreed to smuggle the drugs because 2 million naira will change my
life. I wanted the best for my family and I never knew things will turn
out this way,” he wrote.

Ahmadu Giade, the Agency’s Chairman, warned drug traffickers to desist from the act or “end up in prison custody.”

He also urged the public to seek wealth through legitimate means rather than engage in criminal acts.

“The suspect is only being greedy and he will face the consequences
of his action. He should have weighed the gravity of the offence because
the family he loves and seeks to protect, same he has abandoned today,”
Giade stated. 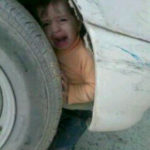