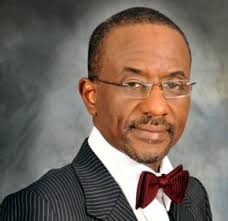 While the bodies of eight of his staff
who were on their way to Lagos for a conference are yet to be identified
or are still in the morgue,the Central Bank of Nigeria Govenor Lamido
Sanusi went ahead with his elaborate turbanning by the Emir Ado Bayero
of Kano yesterday morning as the Danmajen Kano.

Not only was Lamido turbaned this
morning, but his friends and associates took several pages in the
national dailies to sing his praises and congratulate him on the
‘honour’ done to him.

This is coming even as the nation is
still reeling from the shocking deaths of over 155 people who lost their
lives when a Dana airline flight from Abuja to Lagos in which they were
flying crashed in Iju, a suburb of Lagos, killing all 153 people on
board and an as yet unknown number on the ground having crashed into a
two story building.

What is even worse is that former
military head of state and presidential candidate of the Congress for
Progressive Change (CPC), Muhammadu Buhari and controversial former
minister of the FCT, Malam Nasir Elrufai, were both at the event to
‘celebrate’ with the CBN governor.

Many have called to question the
propriety of mounting such an ostentatious celebration when the nation
is in deep mourning, but it seems that some are mourning while others
are celebrati