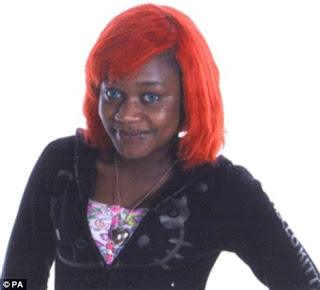 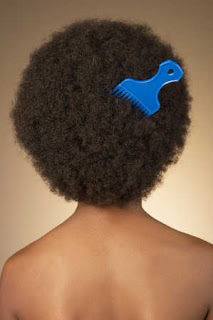 Julie Sheriff was stabbed in the skull with an afro comb
A 15-year-old girl murdered a teenage rival with a steel afro comb because she spread gossip about her, the Old Bailey heard on Monday. The alleged killer is said to have plunged the sharpened end of the comb into the skull of policeman’s daughter, Julie Sheriff, 16, after spotting her on her south London ‘territory’.

Julie’s family moved to Britain in 2006 from Sierra Leone, West Africa, where Julie’s father, Raouf, was a police officer.
Jonathan Turner, QC, prosecuting, said the two girls ‘actively disliked’ one another by the time of the attack on May 7.
‘What lay behind this antagonism, the crown cannot say with any certainty,’ he said.
‘But
there seems to have been a row brewing between them over certain
allegations that Julie had been making about the defendant, and some
boyfriend or boyfriends of hers.’
He said the gossip had been spread via the mobile phone network using ‘telephonic sites’.
The defendant, now 16, spotted Julie close to a William Hill betting shop in Falcon Road, Clapham, and angrily snapped: ‘What do you think you are doing in Clapham? Why are you here?’
Mr Turner said: ‘There seems to have been some territorial issue between them.’
Just moments after the chance meeting, the defendant was allegedly seen to thrust an overarm blow at Julie’s head.
A boy who witnessed the attack described it sounding ‘like the noise it makes when we kill a goat back home’, the court heard.
‘He described [the 16 year-old] as reaching into her bag and pulling out a pin-tail comb and stabbing Julie with it not once but twice,’ Mr Turner said.
‘The
first one was to Julie’s collarbone, but it barely penetrated, and it
was the second blow that went into her making a noise, he said, like a
noise it makes when we kill a goat back home.’
Jurors heard a friend of the victim only saw one blow but did not notice a weapon.
Within seconds of the attack Julie was said to have complained of a sore head and collapsed against the side of the betting shop.
At hospital a CT scan showed ‘substantial swelling of the brain and internal hemorrhage deep with in the brain,’ said Mr Turner.
She underwent a series of operations without improvement before suffering a cardiac arrest 20 weeks later on September 21.
Passing a comb
of the same type said to have been used in the killing to members of
the jury to inspect, the barrister added: ‘Who exactly brought it to the
scene will be one of the issues for you to decide.’
Police arrested the alleged killer as she walked to her home in Pimlico in the early hours the next day.
She
is said to have initially given officers a false name, before asking:
‘Is it about the fight yesterday? I don’t think I did anything wrong.’
Upon searching her, police found a metal comb in her handbag which was later found to have only her own DNA on it.
‘This does not necessarily preclude it from being the murder weapon,’ said Mr Turner.
‘After all, she had a couple of days to wash it clean.’
In a taped interview with police the alleged attacker refused to answer police questions.
The
girl instead read a pre-prepared statement in which she described
taking a bus to Clapham Junction station and then meeting a friend in the street.
She said: ‘I noticed another girl, and I do not get on with the other girl.
‘She has been abusive to me in the past, and she became very aggressive and was abusing me.
‘The second girl had a comb in her hand and she was waving and pointing it at me in an aggressive manner.
‘I feared for me safety – I was convinced she was going to stab me.
‘In self-defence, I took the comb from her and jabbed it at her. If I hadn’t taken it from her, I’m convinced she would have stabbed me with it.’
After
analysing her Blackberry mobile phone, officers found a message sent
shortly after the attack reading: ‘Basically I was in Junction, yeah,
and I see some girl that I hate, like I actually hate her with a
passion. ‘And I kind of stabbed her…’
Dressed in a khaki top, black cardigan, and black trousers, the defendant, who cannot be named for legal reasons, looked down and spoke softly to confirm her identity.
She sat flanked by three security guards in the dock, while her parents watched on from the public gallery. A jury of six men and six women were earlier selected to try her case.
Judge
Nicholas Cooke QC, his clerk, and the barristers in the case have
removed their wigs in an effort to make the courtroom appear less
intimidating for her. The defendant, from south London, denies murder and the trial is expected to last two to three weeks.
The trial continues. 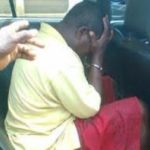 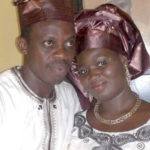