Scott Disick has long been the self-proclaimed black sheep of the Kardashian family, and now new revelations about a seedy, criminal past could see him sent from the flock… for good.  It’s being alleged that Scott videotaped girls he had sex with when he was a teenager, and that he would also steal from them. ….Continue

Model Brittany Reichek told Star magazine:
‘It’s true that Scott began videotaping himself having sex with girls
when he was in his late teens, and then he’d steal from them!.’

Reichek
is a former friend of Scott, who dated one of his closest friends for
five years, she claims they were in the same social group.

‘Scott and one of his buddies had a system,’ Brittany, 29, told the magazine.
‘They
would pass themselves off as wealthy stockbrokers, pick up girls in the
clubs in the Hamptons, get drunk with them, then take them back to
their parents’ homes and claim the houses were their own.’

‘When
the time was right, Scott and his friend would go through their
handbags and steal just about anything they could get their hands on,’
including cell phones, camera, cash and even credit cards, she alleged.

Star
continue to add that a representative for Scott, 29, denies the claims
but Brittany says that Scott and his friend ‘videotaped girls and stole
from them more than 50 times in the years I was around him.’

She added: ‘I think Scott got as good a high just from the actual things he stole.’
It’s
a terrible time for the accusation, as Scott and Kourtney are
struggling to make their relationship work despite their daughter
Penelope’s birth on July 8.

Hmmmm Kanyinulia says: I hope its not the Kardashian Klan setting him up to push him away! 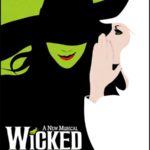 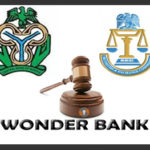