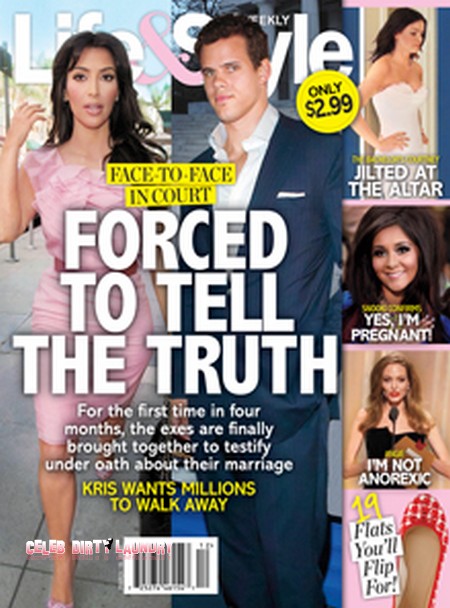 The March 19th, 2012 issue of Life & Style Magazine features the cover story ‘Kim Kardashian Forced To Tell The Truth.’ Kim Kardasahian who divorced her ex-husband Kris Humphries after just 72 days is about to come face-to-face with him in court. This will be the first time that Kimmie has had to meet Kris and they are both going to have to testify under oath about their marriage.

Because Kim will be under oath she will be forced to tell the truth rumour has it that Kris Humphries is plotting to enact his revenge on his estranged wife Kim by making their divorce as spectacular an event as their televised wedding! Kris is hoping to force Kim to testify on TV during their divorce trial, but he’s also planning to reveal all of the secrets he knows about her life, including the fake, scripted aspects of her reality shows, her trips to the plastic surgeon’s office and even details about their non-existent sex life! The magazine claims that Kris is looking for millions to walk away.

What do you think, would you like to see Kim and Kris’ divorce testified? Can you imagine the juicy details? Also featured in this week’s issue they have all the details on Angelina Jolie’s rumoured anorexia and claim Angelina denies that it is true. In the best news L&S claims that The Bachelor Courtney Robertson gets jilted the alter. I know a lot of people that will make happy. I still cannot believe Ben Flajnik choose Courtney, can you? 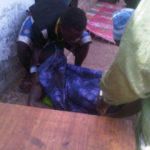