The commander, Festac Fire Station, Mr. Chinyere Azubuike, has
confirmed the death of a 67-year-old woman on 511 Road, Festac Town,
Lagos. The fire which started in the early hours of yesterday burnt a wing of the twin-duplex where she resides with her husband and son.

CSP Muhammed Muazu, the Divisional Police officer in Festac, also
confirmed the death. He added that her remains has been handed over to
the police authorities. Witnesses say the fire started around 1am, it remains a mystery
because there was no power supply when the fire started and the duplex
kitchen was largely unaffected.

According to the News Agency of Nigeria (NAN), the woman’s husband was said to have been injured in the fire but he is currently receiving treatment in an hospital. A neighbour, Mrs Ayinke Badru, said the 20-year-old son of the late
woman escaped from the house and alerted neighbours who then called the
fire services. The entire duplex, with wooden partitioning and flooring, was reduced to ashes but the second duplex was only slightly affected….May her soul RIP. 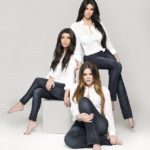