Nigeria has begun to import refined diesel fuel from Niger, its northern neighbour, oil market traders and truck drivers said on Monday. Fuel (gas) stations in the northern
city of Katsina on the border with Niger stock diesel imported from
Niger’s Soraz refinery in Zinder, 80 kilometres (50 miles) from the
border with Nigeria.
“We have imported 90 trucks of diesel from Niger in the past four months in three batches of 30 trucks each, Lawal Dahiru Mangal, a fuel market trader in Katsina said…..Can you imagine, common Niger Republic…Hmmmmm
“We
secured import licence from the (Nigerian) government for the
importation of diesel from the Soraz refinery in Niger which we supply
fuel stations in Katsina and neighbouring towns”, said Mangal of MD
Mangal petroleum company.
Nigeria, world’s eighth largest
oil producer, relies on fuel imports from some foreign countries to meet
domestic demands as its four refineries, with a combined installed
capacity of 445,000 barrels per day, are underperforming.
They have been grounded for years due largely to corruption and mismanagement.
It produces about 2.2 million barrels of crude per day which it exports and imports refined fuel.
Niger-refined diesel is cheaper than the one Nigeria imports from other countries, Mangal said.
A litre of Niger-imported diesel sells at 160 naira (one dollar) in Katsina compared to 170 naira it sells in other parts of the country.
“We source diesel from Mangal
petroleum which imports its consignment from Niger,” Abddullahi
Maikaita, a fuel attendant at a filling station in Katsina said.
In 2000 Nigeria removed its subsidy on diesel.
Last November, Niger opened its
first refinery in Zinder following the discovery of oil in Agadem, 700
kilometres east of its capital Niamey with a daily production capacity
of 20,000 bpd. 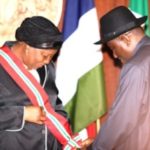