Sometimes ago,when we did a story on this blog about  the World’s first flying car been available. Read it HERE if you missed it. Now a
Dutch company built a flying car and is simply called PAL-V. Watch the video above to see how it works.

Flying cars are one of those things the future has forever promised
us yet never delivered. But things creep up on us from unexpected
directions, and here’s one that might just have solved the problem by
not trying to be a car at all. Nor, come to that, an aeroplane.

It’s called the PAL-V. On the ground, it’s a Carver leaning trike. In
the air, it’s a gyrocopter. It’s Dutch, and, at  first glance, it looks
like the product of  a mind addled by one too many spliffs. But it’s
fiercely logical and has the backing of several Dutch universities and
government ministries. It’s just done its maiden flight, and its
developers insist it means all the regulations for a ground vehicle and
an aircraft.

A gyrocopter is potentials the lightest and most compact form of
powered flight. A propeller drives it forward – in the PAL-V’s case, a
prop behind the cabin. The lift comes not from fixed wings but a set  of
empowered rotor blades that are spun by the forward motion through the
air.
A gyro can’t hover like a helicopter, but it’s vastly simpler both in
its construction and in the skills needed to fly it. And both those
sorts of simplicity are good for safety. Plus, if the engines fails, a
gyro can come to a gentle landing from any height.
In fact, take-off and landing speeds are far lower than for a
fixed-wing plane, which also help this machine’s viability as a roadable
aircraft. You don’t need an airport. A smooth 200m grass field will do
for take-off, and 50 for landing. “That’s just a big garden,” says
PAL-V’s boss Robert Dingemanse. “All you need is something to show the
wind.” Just 30mph of airspeed will keep it going in level flight.
Sure, it look strange, but then Dingemanse says lots of things –
safety, aero, light weight-trumped handsomeness in the priority list.
Dingemanse says there are two huge obstacles that anty fly-drive
invention has to overcome. The first is weight. It has to be as light as
a Caterham, while carrying the mechanisms both to go and steer on the
road, and, separately, to get aloft and remain in control when up there.
The other problem is that if an aircraft isn’t to topple over because
of the thrust, it needs a high centre of gravity. Which is precisely the
opposite of what a car needs if it isn’t to topple over in corners.
PAL-V’s founder, John Bakker, had been trying to invent a flying
vehicle since about 2000. “The Carver technology was the breakthrough,”
says Dingemanse, and it came in 2005. What makes it perfect for the
PAL-V is that it allows a high C of G on a narrow vehicle, because,
through corners, the whole lot always stays in balance. And having a
small, light cockpit is essential in anything that’s supposed to take to
the air.
You sit in a cockpit with normal car control. The single front wheel
wears a motorbike tyre, and the wheel and the whole cockpit lean as they
do on a bike, so that there’s little latest force at the front axle. 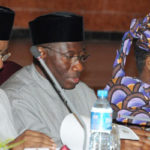