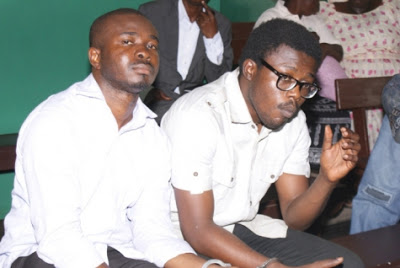 This concerns the two pharmacists arrested in connection with Cynthia Osokogu’s murder.

“”The Pharmaceutical Society of Nigeria (PSN)
joins millions of Nigerians to empathize with the family of the late
Cynthia Osokogu who was lured by friends she met on facebook to Lagos
where she was brutalized and eventually killed.

We
also commend the Nigeria Police for the professional investigation that
led to the arrest of the two young men who admitted openly to have
committed the heinous crime.”

The Pharmaceutical Society of Nigeria (PSN) is interested in a diligent
and focused investigation of this murder which continues to attract so
much interest from Nigerians to the extent that all found culpable will
be made to face the full weight of the law, while innocent people are
not unjustly arraigned, prosecuted and punished.

We note with concern the arraignment of two young Pharmacists who were
charged along with the confessed suspects for rape, armed robbery,
murder and administering of obnoxious substances. These are weighty
charges that reflect the gravity of the offences that led to the death
of this promising lady. We at Pharmaceutical Society of Nigeria (PSN)
indeed perceive this loss as a great one to the Osokogus, friends,
colleagues and all Nigerians.

The PSN after a critical appraisal of all issues at stake wishes to reflect thus:
1) Pharmacists as responsible professionals and as legitimate custodians
of medicines would continue to champion safe, responsible and rational
use of medicines in Nigeria. Our projects and programmes in the last few
years have always been geared towards the promotion of safe use of
medicines. Having said this, it is important to realize that all
medicines are poisons with inherent tendencies for abuse and misuse.
Pharmacists have always exercised due diligence, caution and
professional judgment in dispensing and sales of medicines. But beyond
this, it is difficult to know what a person intends to do or does with
the medicine after purchase especially for a premeditated criminal act
that involved use of chains, padlocks, tape and other dangerous weapons.

Information available to us indicate:
a. Pharmacist Chukwunonso Maduakor was on duty in Oxpharm in the morning
of Monday August 20, 2012. A gentleman approached him and requested to
buy Rohypnol. Nonso asked him for a prescription and he said he does not
have one. The gentleman begged and pleaded with him that he really
needed it with paracetamol. Pharm. Nonso considered his request on
compassionate grounds and dispensed to him one (1) card of 10 tablets of
flunitrazapam along with one (1) card of Paracetamol. The gentleman
goes out of the pharmacy, and then came in again with other persons,
arrested Nonso and accused him of selling drug without prescription.
They then took him to the Police station, he made statement and was
detained for six (6) days in Festac Police Area Command. On the 7th day
they transferred him to Panti from where he was taken to a Magistrate
Court and was charged for conspiracy, murder, armed robbery, rape and
administering obnoxious substances to Miss Cynthia Osokogu who was
killed by two known persons a month earlier in July 2012.

b. The second Pharmacists, Pharm. Osita Orji is a Locum Pharmacist with
Oxpharm and works evening shifts. The police visited Oxpharm on 21
August 2012 and requested to see Osita. When he got to the station, they
alleged that he was the Pharmacist on duty when the suspected killer of
Cynthia claimed they bought Rohypnol from Oxpharm. Osita made statement
that he did not know the murderers, could not recall meeting them or
selling Rohypnol to them and if they ever bought the Rohypnol from him
while on duty that they must have presented him with a prescription.
Osita was detained in Festac Police Area Command for two (2) days, then
transferred to Panti from where he was taken to a Magistrate Court and
charged

2) If the liability of the two pharmacists is limited to the sales or
alleged sales of rohypnol to clients they do not know and never
collaborated with in this condemnable crime then it is logical to
believe that at best there might have been breaches of professional
ethics. The law provides that such matters are dealt with by the
Pharmacists Council of Nigeria a regulatory agency of the Federal
Government established by Cap. P.17 LFN 2004.

3) The drug in question Rohypnol is an intermediate acting benzodiazepam
similar to diazepam (valium), nitrazepam (swidon) and bromazepam
(lexotan).

Rohypnol is the brand name of the medicine flunitrazepam and is one of
the benzodiazepine class of sedatives or tranquilizer drugs, of which
valium or diazepam is perhaps the best known. It is used in the
management of anxiety and sleep disorders (short term treatment of
insomnia).

Rohypnol is made by Roche in Switzerland, registered with NAFDAC (Reg.
No: 04 ? 0150) and distributed in Nigeria by Swipha Nigeria Ltd. It is
not a rare drug as being reported. It is available in Nigeria.

4) The Pharmaceutical Society of Nigeria (PSN) counsels Nigerians to
monitor the use of internet facilities by youths and children
particularly because of volume and nature of information available.

5) We urge the Office of the Director of Public Prosecution in the
Ministry of Justice in Lagos State to immediately review the cases of
these pharmacists with a view to advising the relevant authorities on
how best to tackle this matter and to ensure that the innocent is not
persecuted albeit unjustly.

CONCLUSION
Gentlemen of the Press, the Pharmaceutical Society of Nigeria (PSN)
assures Nigerians that it will continue to work with stakeholders
including relevant regulatory agencies to evolve a National Strategy
that will improve the use of medicines in Nigeria. In line with this,
the Pharmaceutical Society of Nigeria (PSN) has dedicated September 25,
2012 to continue the dialogue on safe medicines by collaborating with
the National Human Rights Commission, Regulatory Agencies, Media and
other stakeholders.

One of the salient lessons inherent in the discourse is that our youth
while trusting must verify the relationship they make through the social
media given the abuse potential.

Once again, we offer our heartfelt condolences to the entire Osokogu
family. We pray that God will grant the family the fortitude to bear
this loss. 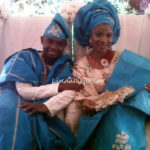 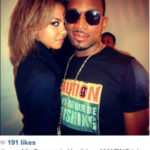