Meles Zenawi, Ethiopia’s long-time ruler who held tight control over this East African country but was a major U.S counter-terrorism ally, died of an undisclosed illness after not being seen in public for weeks, Ethiopian authorities announced today. He was 57.

Bereket did not say where Meles died, only that he was abroad for medical treatment. Officials had expected Meles to return to Ethiopia but a sudden complication reversed what had been a good recovery, he said.

Meles is survived by his wife, Azeb Mesfin, a member of parliament, with whom he had three children. 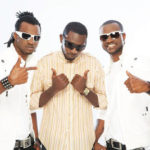