Menu
Emmanuel Isong, a security guard in Akute, Ogun State, has been nabbed for raping an imbecile mother of two identified as Seun.
Emmanuel, who pleaded that the act was the handiwork of the devil, said he has a girlfriend, but didn’t know what came over him when he decided to rape the imbecile.
“I didn’t know what came over me. Even my girlfriend would be disappointed to hear this. It is the handiwork of devil and I swear it won’t happen again,” the Akwa Ibom State-born security guard confessed….Continue
The rape took place on Monday at about 1:30 pm inside an uncompleted building at Falade Close, Unity Estate, along Akute-Ajuwon Road, a suburb of Ogun State.
A resident of the Estate who caught Emmanuel in the act, said Seun was screaming for help, but being an imbecile, neighbours could barely hear her cry for help, while Emmanuel remained on top of her.
It was the neighbour who saw them and raised an alarm. Emmanuel was promptly arrested  and taken to the palace of the Iju monarch, who said in case the becomes pregnant, he should be held responsible.
P.M NEWS gathered that Seun already has two kids, but her family members don’t know the man responsible for the pregnancies. While some sympathisers are of the opinion that Emmanuel might be the father of the kids, he claimed that was his first time of sleeping with the lady 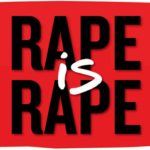