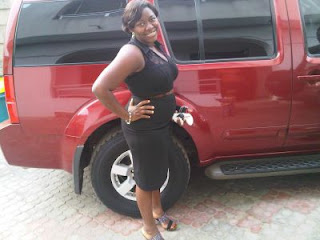 A pretty Ghanaian lady married to a Nigerian and living in Lagos with her family met her sudden death a few days ago when unknown gunmen shot both her and her husband .Faustina Adigwe, a mother of two kids, died after two men on a motorcycle fired at her from close range in the Randle area of Surulere, not too far from Ojuelegba. The husband survived and is presently in hospital.

“She was leisurely cruising around Randle area with her husband when two men on an okada drew close and fired repeatedly at the driver’s side,” says the eyewitness, “She was the one driving the car, which had tinted glass, and it is doubtful if the killers clearly saw the person they were firing at.”

Friends of the family described the incident as very unfortunate. “She was a very gentle and jovial lady who could not hurt a fly. She couldn’t have been involved in any shady business, so I can’t understand why someone could do this,” one of them said. It was learnt that Tina, was an enterprising trader who shuttled between her native Ghana and Nigeria, while her husband is into events management…May her soul RIP Amen. 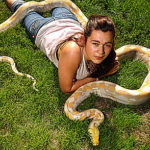