Popular on air personality, Steve Onu, otherwise known as Yaw, speaks with P.M.NEWS Entertainment about his career, life and other issues…

What was the experience like, being an Olympics torch bearer?
It was really a wonderful experience that I am excited about. Right at the airport we were treated differently. We were allowed to move freely, we were not even asked questions. I just said to myself that for me to have been chosen among over one hundred million Nigerians, it means there is something unique about me and I said let me go and make my country proud and that is what I did and I’m back.….Continue.

What was the process that led to your selection?
I
think they had a questionnaire and they asked people to nominate those
that they think are ambassadors, those they think encourage, talk to
people every time and all that and they said my name was chosen. Samsung
had to coordinate because Samsung sponsored some parts, so people voted
those they wanted. And then LOC, London Organizing Committee, came to
Nigeria to do survey by themselves, asked people questions, so
eventually they chose me, Funke (Akindele) and some other people. When I
asked the Samsung people why they chose me in the first place, they
said they listened to my radio show and realized that I assist people
with heart and kidney problems raise fund and aside of that every year I
do my birthday with the less privileged, every important occasion or
event I go celebrate with people. I have done with old peoples’ home,
down syndrome home, prisons, so I think all those were what made them
choose me.

What effect do you think this will have on you as a brand?
Yes,
may be outside Nigeria it’s huge but here in Nigeria people don’t
really see it as anything. Let me give you an instance. I and Kanu, when
we were at the airport people were rushing to snap pictures with us
just because we had the Torch, but it was a different thing when we
landed at the Murtala Muhammed International Airport. Just because we
had the Torch people were asking us for money, so people don’t value
such thing here. When I went to give a talk at UNILAG, I was encouraging
the students that they should read, no matter how talented they are and
all that. As I was telling them how honoured I felt to have be chosen
as part of the eight thousand people who were asked to come light the
Olympic Torch, some of them were saying ‘Kilogbedani yen (what is he
holding in his hands)’. So, our people don’t value such in Nigeria.

As an on air personality, did you ever think of achieving such feat?
Yes,
but to start with, I never thought I was going to be on the radio, that
is to start with. I have always had it in my head that I was going
somewhere, for everything I do I have always had a particular target. If
you come to my house for example, I still have the first phone I used
in my house, the first shirt I wore to WAZOBIA…people keep asking why I
am keeping them but I keep telling them that I know some day may be in
the museum or an archive something about me will be needed ….may be the
first car that I used is still in my house. Even before I got to
WAZOBIA, I have always known I would affect lives positively and lot of
things will be said about me in the whole world, not just in Nigeria.

You started as an actor in soap operas but suddenly became a radio personality, tell us about the transition?
I
think it will be easy to start with my background. I was born here
Lagos, I grew up in Lawanson and Ipaja but I am from Awka in Anambra
state. Growing up was not easy for me, I passed through a lot from being
a conductor to selling ice water, selling okirika clothes, doing all
sort of stuffs. At a point in time my parents gave up on me and I had to
leave the house but by the time I left the house I told myself I was on
the right course; all those normal youthful exuberance had already
stopped. I met RMD in 1995 and he advised me to go study Theatre Arts.
So, I did Diploma at LASU in Theatre Arts.

When I was doing the diploma,
I came back to my house, but later left because the stress was too
much. I later got admission to do degree in Theatre Arts. When I told my
mom, she said it was not going to be possible and she sent her sister
to the school authority not to give me admission; that I was going to be
a useless person. All these were my driving force that I was going to
make it and that I was not going to be that useless person she thought I
was going to be. Aside of that too, I made up my mind that I was going
to make it because I also had a cousin who said I was useless because I
refused to be a mechanic. Back to what I was saying, I later met Kayode
Peters and we started doing Twilight Zone, me, Denrele, Koffi, Biola
Aloba… we were doing Flatmates. So, people knew me more with Flatmates.

I
am also close to Bunmi Davies so one day I went to see Bunmi and he
said we should go to Cool FM, that they want to start a new radio
station, a pidgin radio station and we went. I actually wanted to do
freelance because I was involved with the home video sector. When I got
WAZOBIA, I had never prepared my CV in my life so when they asked me to
go bring my CV, then I called one of my friends, Lanre to give me his
C.V so I just changed his own details but when it got the aim and
objectives, it was his own that I left there because I did not know what
it was all about.

When I was called in for the interview and they were
asking questions, I was answering until they asked my aim and
objectives, I said I did not have and the man asked if I was not the one
who prepared the CV. At that point, I thought I had lost out and I
confessed the CV was not my own…and you won’t believe that was the kind
of things they were looking for and they were like saying to themselves
that ‘this guy no well o.’ Earlier at the reception where we were all
seated, I was the only strange person because I had never looked for job
or gone for an interview, so while everyone were dressed in suits I
wore a shirt and folded the arm, I wore a pair of jeans, a face cap and
two earrings because I used to wear them then.

So, after the interview, I
did not have hope of getting the job because of the issue of the aims
and objectives on the CV. Surprisingly, after two weeks they called me
and it was only Matse and I they employed. That is just the way God
works. And then Dan Foster told me to be myself that, I should not try
to be who I am not, like speaking phonetic and all that. So, with what
Dan Foster told me and with the imbecility wey dey my body the rest na
history.

What is now happening to your acting career since things are well with you on radio?
I
am still working…I have a new TV programme that I shot. It’s called
Yaw’s & Mine. We are looking at putting it on television towards the
end of the year. That is what is in store for me now and also because a
lot people still want to see me on TV.

How do you handle all these things you are involved in?
I actually do a lot and I handle them well. Basically, my radio programme ends at 10a.m. so I have time to do other stuffs.

You don’t do your programme like you are being guided by a script and it’s enjoyable. How did you do achieve that?
I
think what you just said is what has been working for me. Like I said,
Dan Foster advised me to be original and I have kept to that, I have
been original, I have not been straight jacketed in a particular corner.
I don’t have a producer, I am the producer and the director of my show.
If I make mistakes, nobody is held responsible for whatever that
happens on my show.

What was your first experience on air like?
My
brother, I fall hand. The first few weeks in particular, I could
remember I was to read news and I had put on the microphone and I did
not know it was on, I misplaced the script and I was now shouting,
‘where I keep this script? Where the script dey? Hey, I don die.’ By the
time I saw the script and I wanted to put on the microphone, I now
realized it was on….immediately I said ‘na so winch people don come
thief the script, thank God say I don see am. I go read news for una now
make una pray make dem no come thief am again before I finish the
news.’ Immediately, my boss just came from his office and gave me a
thumb up. Meanwhile, as I said that thing, I don tell myself say my sack
letter don come, but all those things made me know what they wanted.

What is your marital status?
(laughs) I am not single and I am not married. I am involved.

What do you look out for in a woman?
She must be godfearing, hardworking and humble.

How do you handle female attention?
You
can’t run away from them. You just keep them where they belong. Be nice
and be friendly because you don’t know who will be there to give you
helping hand when you will need it. And you don’t assume they are
tripping for you simply because they like you on radio.

How fashionable would you say you are?
To an extent, I think I like to be a simple person. I am more in T-shirt, jeans and a cap.

Do you have preference for a particular designer?
No. Tailor wey dey sew for me dey Mushin o. I no send, so far you sabi do am but I love perfume and wrist watches. 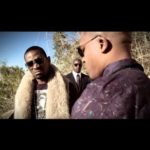