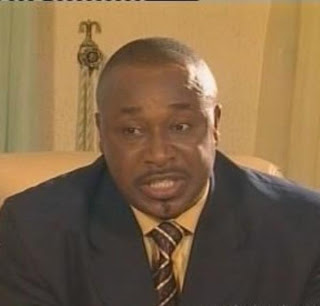 Rich Oganiru, according to those who know him, loves money and attention almost to a fault, aside that, he also likes blowing his own trumpet as he always praises himself, but all these came to light when he confessed to the police that he poisoned his wife, a top business woman in Abuja to get all her property.

We gathered that the deceased met Rich Oganiru who already lost his wife and mother of his two boys at a time he was facing financially challenges and could hardly afford daily meal. Rich, our source explained was able to win the pretty woman’s heart after sweet tonguing her especially because he’s a known face who’s featured in several movies….Continue reading

This, we further gathered was how the woman in a short while brought back smile to the face of the light skinned actor, who became financially buoyant and had even started cruising one of her cars. The relationship as expected blossomed into marriage, without second thought his wealthy wife officially gave him authorization to all her firm. The union, we learnt however took a new dimension when Rich began to complain of his wife’s inability to get pregnant.

After a while of complains on his wife bareness, Mr. Rich started seeing a younger lover, Iyaka , and undergraduate of Nassarawa State Polytechnic.

Quoting the source “It was Rich’s unnecessary pressure on the lady that made her resulted into having a fibroid operation in a private hospital in Abuja which she luckily survived but only recuperating at the hospital before she was allegedly poisoned”.

Mr. Rich secret started looking suspicious when Rich who had sold some of his wife’s landed property for a church member. At the same time told the doctor that he has personal issues which he will need to get hold of his wife’s death certificate as soon as possible instead of informing the wife’s family or at least show a remorse for irreparable loss.

Meanwhile, the doctor said he wasn’t sure of what happened, therefore suggested an autopsy which shockingly revealed a poisonous pill in the woman’s system. The said poison we gathered was ingested between the time her husband visited the night before she died.

The nurses were also said to have saw her sleeping few minutes after Rich left not knowing that she was dead in her sleep. The actor, our source added later confessed killing his wife after much torture in police cell without any cogent reason. We also learnt that Rich is still in the police custody in Abuja while remains of his wife have been deposited in the mortuary. 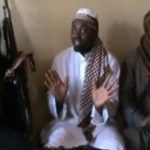