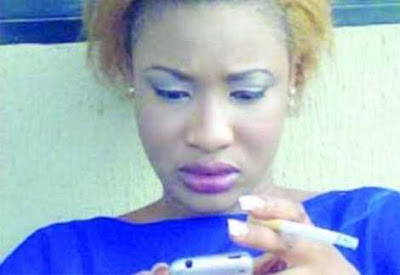 Tonto Dikeh was a chain smoker and we all know that.
For years now, Tonto has been facing harsh criticism from fans and media for her nicotine addiction. She began her deadly affair with cigarettes at the mere age of 12, and she’s had a long history of smoking. When questioned about her smoking in an interview with Nigeria’s Nation Newspaper early last year, the Rivers State born star said, “If I want to smoke, I handle a stick of cigarette and I smoke it hard. It is my life I can decide to smoke myself to hell. It’s nobody’s business.” Back in May, Tonto Dikeh revealed on twitter that she’s quit smoking

Quitting can be extremely challenging, the controversial actress revealed in a recent interview with E24-7 magazine how she finally kicked the habits thanks to Pastor T.B Joshua….How is this news? Continue to read what she said about TB Joshua…

“I didn’t quit smoking by myself. I was watching a program on TV with Prophet T.B. Joshua and he was laying hands on people and praying for them. I love to watch his programs on Emmanuel TV. When he was praying, he said, ‘Lay your hands on the TV’ and I just laid my hands that day. I actually needed something else from God, not to quit smoking because I loved smoking! However, after praying I sat back and I think I slept off.”

“When I woke up, I took a stick of cigarette and I felt crazy. I couldn’t even imagine that I took it up to smoke in the first place. It felt like poison!”

“I watch him every day, I write to him every time I can, I tweet on him. I think that he is a person that influences my life positively in a lot of ways just through the TV alone… I am following him because I think he is following Jesus. I just love him because he is a man of God and he has specially affected my life and my friends too.” 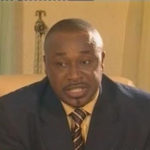