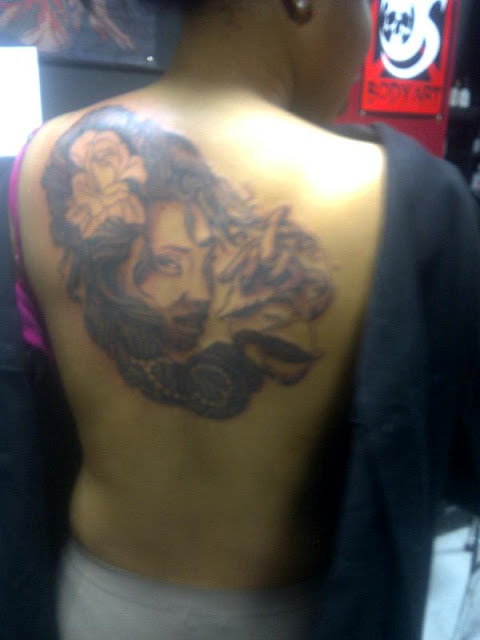 Tonto Dike, Nigeria’s most controversial actress finally opened up to issues surrounding her new Mami Water Tattoo she said “the tattoo took me 10hours to be done with, while I had a two hour break in-between.”

Speaking further, when asked if the controversial tattoo had any undertone meaning, she simply answered, “yes, and it is very deep, I am a witch.”
Though she was not willing to disclose the exact meaning the tattoo has, but information available from a very reliable and trusted source, who is deep into such doings only confirmed that only strong people carry such tattoo on their body.

According to the source, “you cannot see any ordinary human being with this kind of tattoo; this is what I know very much about. Though I am not suppose to say this, I know the society she belongs to, but I am not going to tell you that. If she does not take things easy with herself, she might not like the end of it all, that I assure you of.”