Menu
Mrs Clinton was clearly well prepared for the debate, arriving with policies and punchlines at her fingertips. One of her strongest prepared lines was, incidentally, about being prepared.

“I think Donald just criticized me for preparing for this debate. And, yes, I did. And you know what else I prepared for? I prepared to be president. And I think that’s a good thing,” she said. 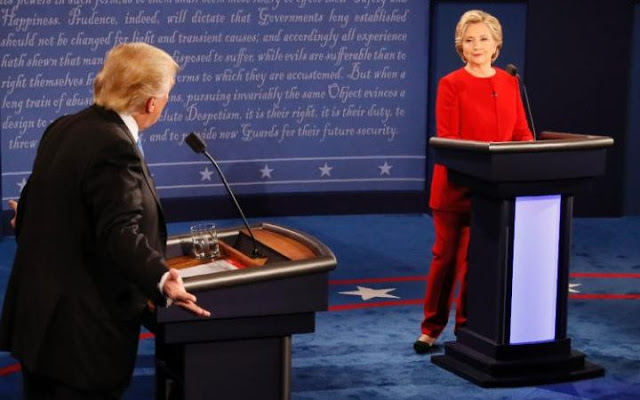 It began in a civilised manner, with both candidates greeting each other, shaking hands and easing themselves into the first question on trade.

Mr Trump had planned to be restrained and “very respectful”, but his early discipline gave way to the improvisational, combative style he displayed at the Republican debates earlier in the campaign.

The Republican nominee continually interjected during Mrs Clinton’s answers, while the former secretary of state employed not her voice but a sarcastic smile as he spoke.

Given the recent high-profile police shootings and the resulting protests, it was little surprise that race played a significant role in the debate.

Mr Trump proposed the return of “stop and frisk” the controversial policing tactic that was ruled unconstitutional after being implemented in New York. He emphasised the need for “law and order”, while Mrs Clinton instead focused on discrimination against young black and Hispanic men.


When the topic turned to Mr Trump’s role in the “birther” movement, he gave a meandering answer that shifted responsibility onto Clinton associates, saying he had “nothing” to say to black people who might have found it offencive.

Mrs Clinton responded by essentially calling Mr Trump a racist, claiming that he had refused to rent apartments to black people in the 1970s decades before spreading a “racist lie” about Mr Obama.

Clinton: Man who can be provoked by tweet should not have fingers anywhere near nuclear codesPlay!

She also issued stinging rebukes of Mr Trump on his business record and his refusal to release his tax returns.

“For 40 years everyone running for president has released their tax returns,” Mrs Clinton said when asking why Mr Trump had not released his. “Maybe he doesn’t want the American people to know he has paid nothing in federal income taxes.”

But she immediately hit back: “That means zero for troops, zero for veterans, zero for health.“

She also accused Mr Trump of “stiffing” people he had hired to work on his real estate projects, and the several instances in which he declared business bankruptcy.

There were high points for Mr Trump as well- when he labelled Mrs Clinton a “typical politician” for offering an economic platform that “sounds good, doesn’t work”.

He also attacked her for reversing her position on the Trans-Pacific Partnership, the proposed trade deal, and for failing to solve major problems over her long political career.

Hillary Clinton accused Donald Trump of promulgating a “racist lie” over Barack Obama’s birthplace and suggested he may not pay income tax as the first of three presidential debates grew vitriolic and personal.

Towards the end of the debate, the Republican claimed Mrs Clinton does not have the “stamina” to be president, clearly alluding to her recent bout of pneumonia.

“Well, as soon as he travels to 112 countries and negotiates a peace deal, a ceasefire, a release of dissidents… or even spends 11 hours testifying in front of a congressional committee, he can talk to me about stamina.”

The debate concluded with both candidates pledging to respect the results of the election no matter who wins. It’s a sign of just how contentious this election has become that such a pledge is even necessary. 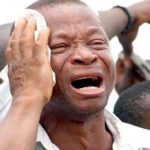 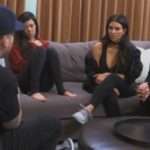