ISIS terrorists yesterday released a new video showing the beheading of another American Journalist Steven Joel Sotloff who is 31 years old just two weeks after beheading James Foley.
It will be recalled that in the earlier video of ISIS beheading James Moley, they warned Barack Obama that Steven Joel will be next. Now they’ve said a British journalist David Cawthorne Haineswill be next.
The masked ISIS figure in the video speaks to U.S. President Barack Obama, telling him,

“I’m back, Obama, because of your arrogant foreign policy towards the Islamic State, because of your insistence on continuing your bombings,” the English-accented executioner says as he holds a knife to Sotloff’s neck.

“Our knife will continue to strike the necks of your people.”
Then, as the reporter struggles to get off his knees, the killer starts sawing at his neck with a knife.

The final scene shows the murderer threatening to do the same to a captured British citizen named David Cawthorne Haines.
A photo of Steven Joel’s mum below. Last week, she was on CNN begging ISIS’s top leader to have mercy on her son. 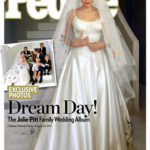 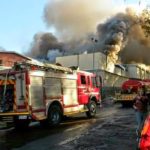