Connect with us
The operatives of Department of State Security (DSS) has detained the first wife of a son of former Chief Justice who was killed by US forces in Syria after allegedly joining ISIS. 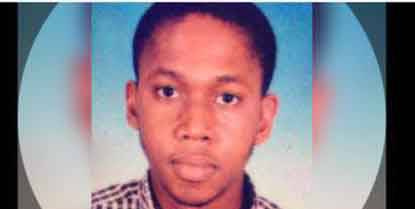 The first wife of Ibrahim Uwais, a son of former Chief Justice Mohammed Uwais who was killed near Aleppo, Syria by US forces, has been detained by agents of the Department of State Security (DSS) after she and her children returned to Nigeria.

Halima Ibrahim and her two children returned to Nigeria via Turkish Airlines yesterday; a security source told a correspondent of SaharaReporters.


Our source disclosed that Mrs. Halima Uwais and her children have been detained by the Department of State Security pending an investigation into their sojourn in Syria.

Ibrahim Uwais left Nigeria in 2015 after telling close family members he was headed to Turkey to explore business opportunities. He took along his two wives and five kids. However, he slipped from Turkey into Syria with his entire family and joined the burgeoning army of volunteer fighters who travel from different parts of the world to enlist with ISIS, a group whose agenda is to carve out an Islamist caliphate.