Connect with us
Rihanna was seemingly throwing shade at all of her exes Saturday in an Instagram post. 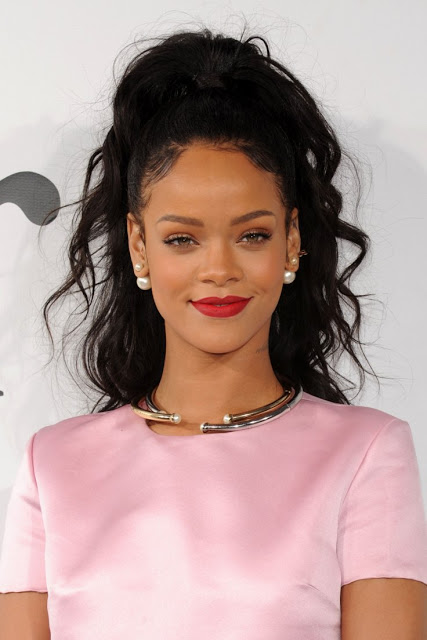 The 28-year-old singer posted a text photo which read,

“None of my exs are married or in happy relationships so it’s safe to say I wasn’t da problem.”

But who exactly is RiRi talking about? Although the singer has been speculated to have dated a laundry list of men in Hollywood, she has only publicly dated a few.


Recently, Rihanna and Drake have been parading their romance in the public eye, but after this subliminal message, many are speculating they may have already called it quits. 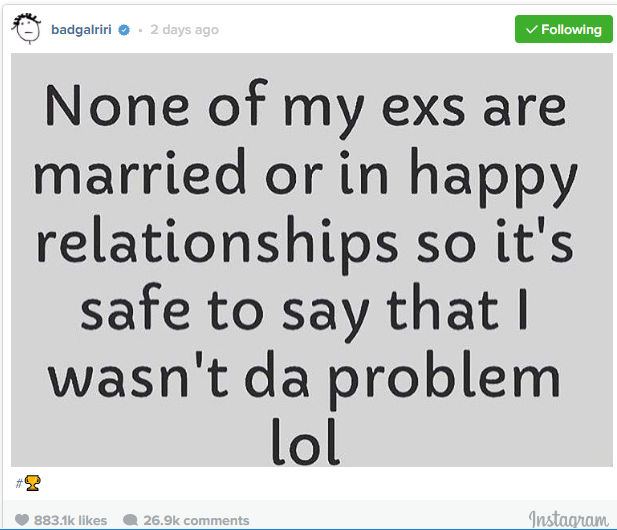 Rihanna and Chris Brown notoriously ended their tumultuous relationship several years ago, and he is currently single but has a daughter, Royalty, with baby mama Nia Guzman.

The Barbadian beauty also dated Atlanta Braves outfielder Matt Kemp back in 2010, and he hasn’t been romantically linked to anyone since stylist Nchimunya Wulf in early 2015.

Rihanna reportedly had an eight-week fling with actor Ashton Kutcher, but he is expecting his second child with wife Mila Kunis, so the singer must not have been referencing him.

Who do you think RiRi was calling out?