A friend of Mine Karen wrote this on her blog and i decided to share it with my readers
Oral sex or ‘third base’ is sexual activity involving the stimulation of the genitals of a sex partner using the tongue, throat, mouth or teeth. Oral sex can be performed by both partners at the same time in the so-called ‘sixty-nine position’, Spitting and/or swallowing of the ejaculatory fluids or giving a ‘pearl necklace’ may cause different sexual stimulations. ‘Autofellatio’ is a possible but rare variant;‘autocunnilingus’ may also be possible for women with extremely flexible spines…..continue reading

Now enough of the sex-ed class.
I have heard tons of people complain about not getting oral sex from their partners, this complaint is more common in women. While I have a nonchalant attitude towards the whole practice – I really don’t care either way if a guy goes down on me or not – most Nigerian women do not share the same sentiments.

While most Nigerian men believe it is their right to have their dicks sucked, they do not accord the same courtesy to their women thus some women have adopted the ‘scratch my back I scratch your back rule’ – they won’t give you a blow job unless you go down on them first.

While I have been in a relationship were my partner never went down on me, I didn’t really see the big deal even though sometimes I wondered if the reason why he never broached the subject was because he really wasn’t that into me – forget the other option I know my vagina smells just fine… I checked *sniffs* Either way I didn’t really let it bother me too much as I am one of those women who feels an aversion to going down on a guy.
Now for the ladies who do not have such a nonchalant attitude towards cunninlingus or the lack of it in their relationship, here are four reasons why he probably won’t go down on you.
He Just Doesn’t Want To

Yes, he probably just doesn’t want to be bothered with the intricacies of eating your ‘snail’, just like some women, some men also do not like to go down south. I have even heard some Nigerian men say it is a ‘traditional thing’ and they feel it is an insult for a woman to expect them to perform what they see as a vile act. Well, your man just might fit into this type so don’t worry your pretty little head about it, its not you, its him.
Your Vagina Smells Bad

This seems to be the problem most of the time, I’ve often heard men complain about encounters with women who suffer from what I like to call ‘Smelly Vagina Syndrome’. So if your man gives you a funny face when you try to subtly push his head down there then you should do something about your stinky vijayjay asap! Get some mild feminine wash and get rid of that putrid smell, if this doesn’t work then you might be suffering from a form of Sexually Transmitted Disease or atoilet infection. Infected vagina has the tendency to produce smelly discharge no matter how many times you wash or douche, so see a doctor immediately.
He is Just not That Into You

While this reason is mostly saddening it just might be the case. If a man is not really into you he won’t want to participate in a very intimate act like oral sex, all he’ll want is the actual sexual act and he’s on his way. So if you feel like this is the reason then get your ass out the door and find a man that really likes you and is willing to do anything to keep you satisfied.
You Don’t Shave

While I must applaud most women for their attention to detail when it comes to grooming their vagina area, some still don’t shave. This just might be the reason why your man is reluctant to perform cunnilingus on you, a bushy vagina is a serious turn off for most men, no one wants to be picking out pubic hairs from their teeth with a toothpick afterwards. So do your man a favour, get a clean shave or better still wax it!
Fellas remember, just like Chris Rock says: “if you don’t go down on your woman you will lose her like a set of keys”
The real trick ladies is to use Femfresh intimate wash down there daily, and

has made a big difference in the sexual lives of so many couples. If that

doesn’t work, then you should be looking for another guy, but I’m sure

Femfresh will work, they even have the deodorant spray now, which not

only cures, but prevents the bacteria that produces the smell from

multiplying, but what’s wrong with a bit of smell anyway? makes it more 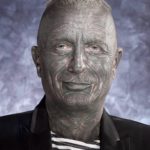