A Royal lawyer, barrister Aurelien Hammelle last night tried to block further publication of ‘highly intimate’ topless photographs of the Duchess of Cambridge saying she is a ‘young woman, not an object’. At the start of an unprecedented court case in Paris,  he evoked memories of Princess Diana’s ordeal at the hands of paparazzi as he said a photographer had violated Kate’s privacy.
The lawyer compared the ‘grotesque invasion’ to the relentless pursuit of Princess Diana by photographers. Mr Hammelle said the pictures of the Duchess were taken ‘just six days after the 15th anniversary of the useless, cynical and morbid hunt which led to the death of William’s mother.
Delphine Pando ( wearing black), is the lawyer acting for French Closer, at court
It is the first time that a member of the Royal Family has sued a publication through the courts in France.
Yesterday Mr Hammelle accused the magazine of intruding on a ‘highly intimate moment’ by taking the topless pictures of Kate while she was on a private holiday at a chateau in Provence.
He said the Royal couple wanted all editions of the magazine removed from the shops, and to ban further distribution of the photos. The pictures were taken ‘in a highly intimate moment during a scene of married life and have no place on the cover of a magazine’, he said.
William and Kate have indicated that they are prepared to present evidence themselves, once they return from their royal tour in the Far East.
The lawyer told the Tribunal de Grande Instance in Paris that the couple could not have known they were being photographed and it would only have been possible to see them with a long lens.
He said Silvio Berlusconi’s company Mondadori, which owns the French edition of Closer, should be fined £8,000 per day if it fails to hand over the original digital images.
A judge is expected to decide whether to grant William and Kate an injunction over any further publication or sale of the pictures at midday today 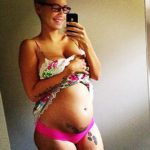