I wrote about this cat that HOPE FOR NIGERIA said was crucified in the North to mock Jesus HERE
Well it’s been found out that the cat was actually crucified in Ghana, in October 2011, with the following story:[img][/img]

It said the mantra that became a popular political jargon in recent times that “there are several ways to killing a cat” ought to be condemned because animals do have rights and must be free from threats and molestation.“There is only one way to kill a cat and indeed to all animals and this is humane slaughter”, this was contained in a statement jointly signed by Mr. David Nyoagbe, the Society’s Chairman and Mr Amasaba Adul-Yakeen Aluizah, a Humane Educationist and copied to the Ghana News Agency in Accra on Wednesday.It said the society was not against the use of animals for food, sports, security, farm work and others but was advocating that when slaughtering was done it should not bring about pain to the animal.The statement referred to the Islamic Religion which actually prescribed to members to do humane slaughtering of animals, the reason for which a sharp knife was required to slash the throat once.It noted that one Kwabina Daniels alias Popkon Sika-one has posted on his social network face book page a picture of a crucified cat, which attracted scathing remarks from Ghanaians and the international community.“To facebookers and friends of the supposed perpetrator of this cruel act, it was fun and perhaps the most award winning picture. It took friends of animals all over the world who begun criticizing this dastardly act for the picture on face book page to be taken-off,” it added.It said these guys have committed crime against an animal and most of all a lovely pet, noting that they had also shown insensitivity to Christianity and Christendom by crucifying an animal on a cross, a most cherished symbol of Christian.“If this is not blasphemy then what is,” it asked.The statement called on friends of animal, Ghanaians to condemn the practice and appealed to the general public to identify the perpetrator and his cohorts (as in the picture) for dragging Ghana’s reputation to scorn in the face of international animal lovers and organizations.It advocated good and regular feeding, medical care, freedom to exercise in a normal environment, free from threat and other molestation, since they are sentient, responds to stimuli and could feel pains when inflicted on them.Source: modernghana.com/news 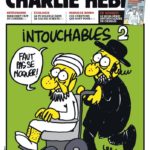