An operative of the Edo State Environmental Protection and Regulatory Unit, Henry Isibor, has died from injuries he sustained after he was mobbed by traders at the Oba Market, Benin. It was learnt that Isibor was attacked on September 6 when he tried to effect state environmental laws, which prohibits trading on walkways. Some of the traders, it was learnt, were arrested and charged to court.ne
A source, who pleaded anonymity, said the late Isibor’s right hand was badly injured by the mob. The source added that Isibor, in company with some staff of the agency had gone to the market to enforce a no-trading along the roads and walkways, but was resisted by the traders. The traders, according to the source, attacked the deceased from behind with iron rods.
Isibor will be buried on Saturday, in his village, Okhoro, in Ovia North East Local Government Area.
“He will be buried on Saturday; the agency has been of assistance too,” his brother, Onaiwu, told our correspondent on Monday.
Confirming the incident, Executive Director of the agency, Maj. Lawrence Loye (retd.), said some of the culprits had been apprehended.
Loye said the incident might make the agency to adopt new strategies for dealing with traders.
He said, “This thing happened because I told my operatives not to be hostile to anybody; but now our operational pattern might have to change. Our officials now have the right to defend themselves.
“That is the information we have passed round, so that they will not allow themselves to be hacked down by those who have no respect for the state.”
When contacted, the Police Public Relations Officer, Mr. Anthony Airhuoyo, said he had yet to be briefed on the incident.
“I will call you as soon as I get report on it,” he added.
culled from PunchNG 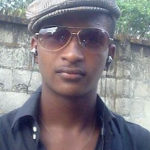