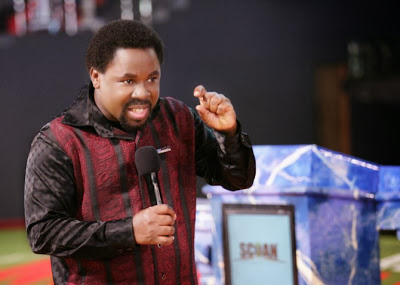 Nigeria’s most controversial pastor T.B. Joshua  has a message for his critics. The founder and spiritual leader of the Synagogue Church of All Nations stated that those who attack him only do so because they are discontented. Joshua, who has been accused of being a fake pastor, said he is remarkably content with who and where he is.
P.M. News reports:
The 50-year old T.B. Joshua said he is so contented that he does not have time to engage in jealous acts.
“I am contented. It’s all about contentment,” he said.
He said attacks come from those who are not contented, those who are not happy about what they are, what they can achieve and what they can do.

“If I see someone somewhere that needs to be corrected, I do it in a gentle manner,” T.B. Joshua said in his Ikotun-based church.

“And when you’re limited in certain areas and you see someone do what you would like to do, definitely envy and jealousy set in,” he added.

“It is by emulating God that you can do what you see someone doing that you would like to do,” Joshua said.

He said when people attack him, he prays for them because he knows that, “what they attack me for is what they would like to do but they cannot do it.”
Asked about how he heals people by merely touching them and praying for them, he said, “I am not the one that heals. I am not the one doing what I am doing.
Joshua, a primary school graduate, who was born in a poverty stricken family in Arigidi, an impoverished village in Nigeria’s western State of Ondo, has gone from working in a poultry farm in Lagos to being the toast of many world leaders in just about two decades.
Every week, at the Murtala Muhammed International Airport in Lagos, a couple of private jets that bring wealthy and powerful Africans to T.B. Joshua’s church land and many followers arrived on many other airlines, wearing Emmanuel TV T-shirts. 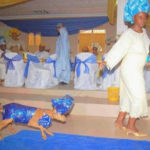 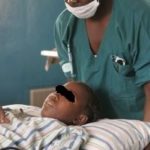