Fourteen-year-old Malala Yousufzai was admired across a battle-scarred region of Pakistan for exposing the Taliban’s atrocities and advocating for girls’ education in the face of religious extremists. On Tuesday, the Taliban nearly killed her to quiet her message.  A gunman walked up to a bus taking children home from school in the volatile northern Swat Valley and shot Malala in the head and neck. Another girl on the bus was also wounded.
The young activist was airlifted by helicopter to a military hospital in the frontier city of Peshawar. A doctor in the city of Mingora, Tariq Mohammad, said her wounds weren’t life-threatening, but a provincial information minister said after a medical board examined the girl that the next few days would be crucial.
Malala began writing a blog when she was just 11 under the pseudonym Gul Makai for the BBC about life under the Taliban, and began speaking out publicly in 2009 about the need for girls’ education — which the Taliban strongly opposes. The extremist movement was quick to claim responsibility for shooting her.

“This was a new chapter of obscenity, and we have to finish this chapter,” Taliban spokesman Ahsanullah Ahsan by telephone.

The shooting provoked outrage across the country, angering Pakistanis who have seen a succession of stories about violence against women by the Taliban.

“This attack cannot scare us nor the courageous Malala. This cowardly act cannot deter Malala to give up her efforts,” said Azizul Hasan, one of the girl’s cousins.

God must be on this girl’s side…gunshot on her head and neck and still she survived with no life threatening injuries….. 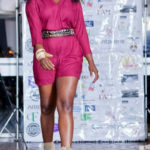