The Lagos State Government has commenced the process of crushing 3, 000 motorcycles, popularly called okada, impounded from their owners for violating traffic law. Officials of the state Taskforce on Environmental and Special Offences (Enforcement) Unit on Tuesday dismantled the okadas at the task force yard in Alausa.
The Taskforce Chairman, Bayo Sulaiman, an Assistant Superintent of Police, said after the end of the dismantling exercise, the iron parts would be taken to the state Crushing Plant in Oshodi, where they would be crushed and recycled.
Is this fair? Soon they’ll resort to armed robbery and we’ll all start shouting…what do you think about Lagos state Government’s act?
He said the action was to show that the government had stepped up its enforcement of the state traffic law, adding that the crushing of the okadas would serve as deterrent to other commercial motorcycle operators.
Sulaiman said, “These are okadas impounded since the new traffic law was signed into law. There are 3, 000 of them. Okada riders must obey our traffic law. They are fond of driving against traffic, on kerbs and several unauthorised places. The law has been passed and gazetted and there is no going back on its enforcement.
“We are dismantling the okadas now to separate the parts that are crushable from the ones that are not crushable. After this, we will take the crushable parts to Oshodi crushing plant, where they will be crushed and recycled. The non-crushable parts will probably be auctioned, but not in the state.
“The Taskforce has not started enforcing the law fully. But this should serve as a warning to them because we won’t hesitate to impound any okada caught on the restricted roads in the state.”
Sulaiman, however, said there were no riders to be prosecuted because the owners of the 3, 000 okadas abandoned them on sighting law enforcement officials.
On Monday’s protest by some of the riders, Sulaiman said, “They have the right to protest, but the government will be firm in what it does. It does not in any way stop our job, those who intend not to obey the law, we are coming after them. The protest is a group action, but our arrests will be one after the other and we will be out there on a daily basis.”
According to him, the law has been passed and those who will not obey the law will be punished.
The task force boss, however, said the law’s compliance level was improving on a daily basis. He advised the riders to go to areas where their operations are not restricted.
via Punch 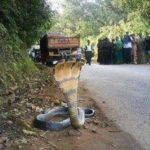