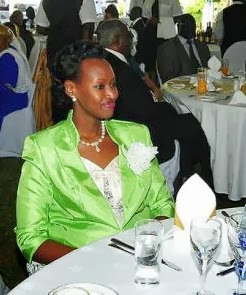 So Ugandan President is busy fighting Gay and his daughter while being interviewed on an Ugandan National radio station admitted that she is gay…Meanwhile apologies for my absence, had some crises and sorting it out…I know i know…i’ve heard it all..

The daughter of Ugandan President Yoweri ­Museveni admitted two days ago during a radio talk show in Mbarara, in Western Uganda that she is homosexual, and that she is revealing this fact as a protest to the anti-gay law her father signed only a few days ago.

Diana Kamuntu, Museveni’s daughter said that though she loves her father unconditionally, she does not agree with Uganda’s anti-gay stance, and will fight against it.

“I am gay, I am homosexual. I have known this since I was a little girl. Also, I have been Christian all of my life, so I will not tolerate any law of this supposedly democratic nation, that will place hate on any person just because of what his or her sexual orientation happens to be,..

“Now that I finally revealed my sexual orientation, I put myself in front of this new law and I will let our people decide what to do with me,” Kamuntu adds, as her voice breaks down while on air.

The radio host, James Kasirivu noticeably was in shock, and could not seemingly get words out of his mouth.

The live radio broadcast was abruptly shortened and was put off air after a few hours of repeated commercials.

In the latest setback for homosexuals across Africa, the Ugandan President signed a law last week Monday that imposes tough penalties for homosexual acts, a move that has been condemned from around the world and that may jeopardize Uganda’s relationship with the United States and other Western nations. 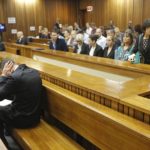