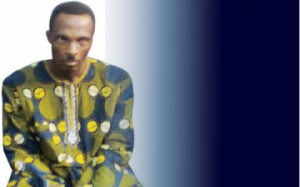 Alasco Shobowale, the 42-year-old pastor of a white garment church who allegedly raped a 12-year-old foster daughter of his neighbour (name withheld) was on Wednesday arraigned before an Ebute Meta Magistrate’s Court, Lagos.
Shobowale, who speaks Igbo, the only language the girl understands, had allegedly lured the girl to the toilet of their residence and raped her.
According to the charge sheet, the incident happened at 10, Togodo Street, Temu, Epe, Lagos State at about 10pm on December 15, 2012.
The police said apart from having sexual intercourse with the girl, Shobowale also “sexually penetrated her anus.”
He was charged with two counts bordering on unlawful sexual intercourse and rape, which according to the charge sheet, is punishable under sections 137 and 259 of the Criminal Laws of Lagos State of Nigeria, 2011.
When the charges were read to him, Shobowale pleaded not guilty to both charges.
His lawyers, Kola Afolayan and Saka Bello, made an application for his bail urging the court to grant it on liberal terms.
Prosecutor, R. Odigie, who did not oppose the bail application by Shobowale’s lawyers, told the court that the victim and his foster father, Dayo Anjorin, were in court.
Anjorin, while fielding questions from the court, said Shobowale lured the girl from the passage they both share in the house to the toilet where he had carnal knowledge of her.
He said, “She is my wife’s niece and we brought her from Imo State two weeks before the incident happened and we were planning to enrol her in a school within our vicinity.
“The accused lured her from the common passage we share in front of our apartment to the toilet while my wife, I and our three children were inside.”
Magistrate Oyindamola Ogala urged Anjorin to speed up the process of enrolling the girl in school.
Before ruling on the application, Ogala said the matter would be referred to the family court “in the interest of justice.”
But one of Shobowle’s lawyers, Bello, opposed the transfer of the case to the family court.
“This court has jurisdiction to hear this matter. In the eyes of the law, he is presumed innocent and transferring this case without bail might make an innocent suffer unjustly,” Bello said.
But, Ogala allayed Bello’s fears that the accused would be denied bail, adding that she would rule on the bail application before the court.
She said, “I don’t see any problem with transferring this case to the family court. I’m sending this case to the family court in view of the age of the victim and in the interest of justice.
“You have made your bail application and I’m going to rule on it. For emphasis sake, the family court entertains matters that affect the right of a child.”
Ogala later granted Shobowale bail in the sum of N500, 000 with two sureties in like sum.
She said the sureties must furnish the court with evidence of tax payments to the state government and verifiable residential and office addresses while one of the sureties must be his blood relation.
She subsequently adjourned the case till March 15 for mention.
Punch Newspaper

PHOTO: The Wonders Of Make-Up