These ladies of the tube brought glamour to broadcasting. They held sway at the Nigerian Television Authority with what they knew best to do. Then, it was impossible not to love them! Decades after their faces disappeared from the tube, many still wonder what is happening to them.
Sienne Allwell-Brown
There is no gain saying she led the pack of glamorous newscasters on the NTA network then. Sienne has an impeccable dress sense and aura. She distinguished herself as a great professional thus stealing the heart of viewers with her clear diction and personal style. After so many years of doing what she knows best, Allwell-Brown finally bid goodbye to the cameras. A lawyer by training, she immediately set up a law firm soon after her exit from the screen- Allwell-Brown & Co. But it didn’t take long before she was appointed the General Manager/CEO, Rivers State Television. After a while, she took up her current job as the General Manager, External Relations at the Nigeria Liquefied Natural Gas Limited.
Ronke Ayuba
Many decades after she quit the tube, she retains her ravishing beauty. The former broadcaster known for her clear news delivery, married a retired army general and former senator, Tanko Ayuba, and later became the First Lady of Kaduna State. For her, there is life after NTA. She was one of the tube gals you just could not ignore on account of her charm. Just some months ago, she lost her mother, Maria Dalley. This took her away from the social scene for a while but the astute businesswoman is back. She has evolved to be one of the foremost matriarchs in high society and has not done badly for herself especially in the social circles where she is still relevant.
Jamila Atiku-Abubakar
Formerly known as Jennifer Iwenjiora, in her days at the Nigerian Television Authority, the Onitsha-born pretty woman metamorphosed from being a simple TV reporter to one of the wives of a former Vice-President, Atiku Abubakar. Indeed, she led the group of women who got very juicy offers in marriage proposals. The former journalist is currently the founder, president and CEO of GEDE Foundation, a non-profit organisation based in Washington DC with a Nigerian office in Abuja.
The former NTA gal, who embraced Islam and changed her name to Jamila after her marriage to Atiku, has three lovely kids. She is often touted as Atiku’s second wife. She spends more time abroad and she is said to be the only wife amongst the four wives who lives outside of the shores of Nigeria. Sophisticated, beautiful and highly cerebral, she boasts of an intimidating academic portfiolio. She holds a doctorate in International Relations from the American University in Washington D.C, a Masters in International Politics with concentration in International Law and Communications and a first degree in Political Science and Communications.
Ruth Benamasia-Opia
Shortly after her exit from NTA, Ruth took up a political appointment as the Commissioner for Information and Culture, Bayelsa State. The appointment was short-lived. The dreadlock, wearing ace broadcaster, who is married to a former chairman, OMPADEC, Professor Eric Opia, has since joined the Brass LNG as the Community Relations Manager.
Sola Momoh
Now an executive director at Channels Television, Sola Momoh was a broadcaster at the Nigerian Television Authority (NTA) where she met her husband, John Momoh   who is also a broadcaster.  Her days at NTA cannot be ignored owing to her proficiency on the job that earned her widespread admiration.
Hauwa Baba-Ahmed
Another NTA veteran, Hauwa Baba-Ahmed was famous for her conservative mode of dressing just as she was famed for her productivity on the job. She is another favourite of screen watchers. Baba–Ahmed unlike some of her contemporaries seems to have retired into obscurity.
Lola Alakija
Lola Alakija was not just another prominent face at the Nigerian Television Authority (NTA) decades ago back; she found favour with viewers which catapulted her to uncommon fame. Believed to have relocated abroad and back home again, not much can be said about where she is domiciled now and what she has been up to in recent times.
Culled from Punch 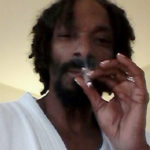 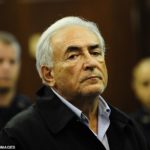