Menu
Information reaching us from Reddington Hospital located at 12 Idowu Martins Street, Victoria Island, Lagos says Goldie died from deep vein thrombosis resulting in pulmonary embolism.
Pulmonary embolism is an obstruction of a blood vessel in the lungs, usually due to a blood clot, which blocks a coronary artery..
Meanwhile, Prezzo is on his way to Nigeria…According to his friend, Prezzo was devastated when he heard the news….continue to read a report on Vein Thrombosis.
According to an article on the New York Times website, “Life-threatening blood clots and flying have been linked for more than 50 years, but a new study of business travelers confirms the risk, particularly for those who take long flights or fly frequently.
“Immobility is considered a major factor behind the condition, called deep vein thrombosis.
“But while it is often referred to as “economy-class syndrome” because of the cramped seating there, D.V.T. also occurs among those who fly in business class and first class, the researchers found.
“People who fly four hours or more, the study found, have three times the risk of developing clots compared with periods when they did not travel.
“D.V.T. occurs when a blood clot forms within the large deep veins of the body, usually in the leg. If untreated, part of the clot may break off and travel to the lungs, where it can cause a pulmonary embolism, a potentially fatal condition.”
A report on National Heart, Lung, and Blood Institute’s website, noted that “pulmonary embolism is a very serious condition. It can damage the lungs and other organs in the body and cause death.
Dr Ayodeji Fred Mafikuyo has this to say:  Please, enlighten people to do light exercises and take short walks within the Cabin as well as less Alcohol while flying! In order to avoid that sickness. 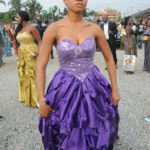 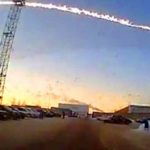