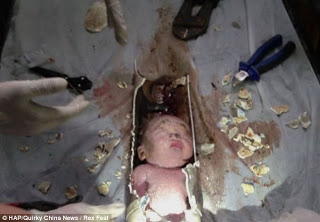 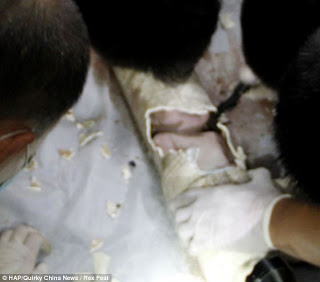 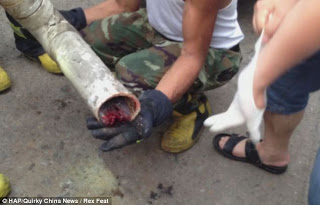 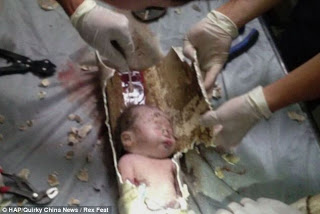 Firefighters in eastern China have rescued an abandoned newborn baby boy lodged in a sewage pipe.
The infant was stuck in a pipe directly beneath a toilet commode, state television reported, in a case which has sparked anger on social media sites.
The infant was found in the sewage pipe in a residential building in Jinhua in the wealthy coastal province of Zhejiang on Saturday afternoon. The harrowing discovery came after residents reported the sound of a baby crying, state television said late on Monday.
The pipe was just four inches wide in diameter the China Daily newspaper said.
Firefighters had to remove the pipe and take it to a nearby hospital, where doctors carefully cut around it to rescue the baby boy inside, the report said.
His arms had been pinned to his side, and when the confines of the pipe had been delicately prised away, he let out a long wail – much to the relief of doctors who were battling against the clock to rescue him. His eyes, face and body were covered in the filth of the pipe….Peep the video when you continue!
The child is in a stable condition and the police are looking for his parents, state television added.
The Associated Press said the child had been named Baby No 59 from the number of his incubator, the Guardian reported.
A number of visitors have donated nappies, baby clothes and powdered milk to the hospital to help the little boy, the news agency added. 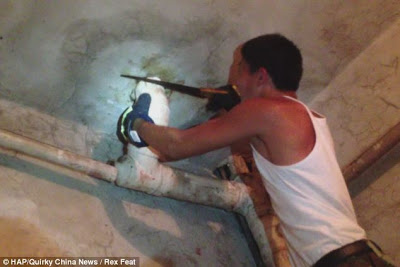 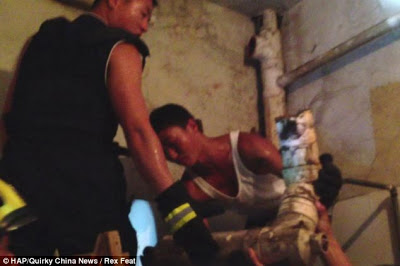 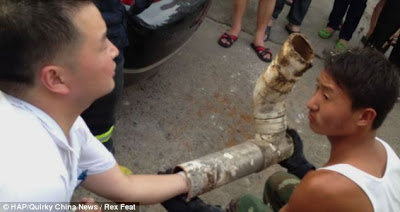 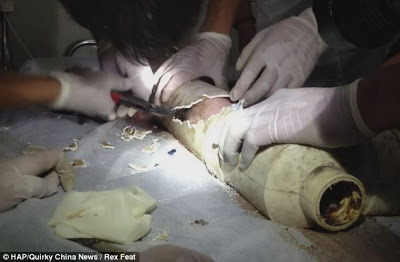 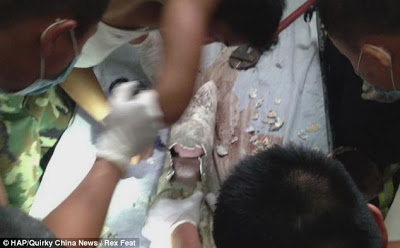 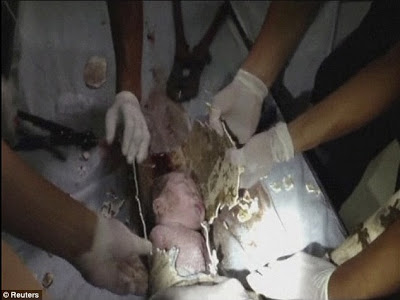 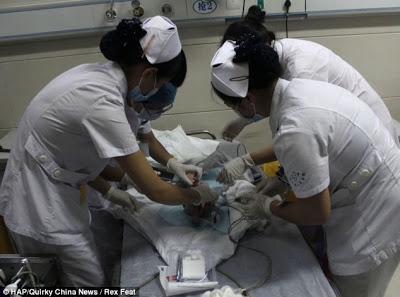