A truck driver Thursday, at Ogbor Hill area of Aba, Abia state, lost control and rammed into a classroom killing 7 school children.
Fifteen other school children also sustained various degrees of injuries during the accident. They were pupils of Glorious International Academy located on 42 Opobo road, Aba.
The truck with Registration number, Akwa Ibom AA 702 KTA was said to be on its way to Ovom waterside to evacuate sand when it lost control and rammed into the fence of Glorious International Academy located on 42 Opobo road.
The pupils were said to be having their morning devotion in a classroom when the incident occurred.
According to eyewitnesses account, the pupils have concluded their examinations and were said to have returned to the school to have their end of the year party.
When Vanguard visited the school, police and operatives of Federal Road Safety Corps were seen inspecting the scene of the accident even as sympathizers were seen in groups discussing the development.
Blood stains covered the floor of the classroom, just as broken desks, biscuits, plates which were to be used for the end of the year party for the pupils.
Also, some parents and relations who lost their children and wards were seen weeping uncontrollably while others were making inquiries regarding the whereabouts of their children and wards. 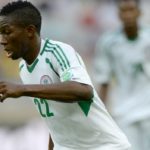